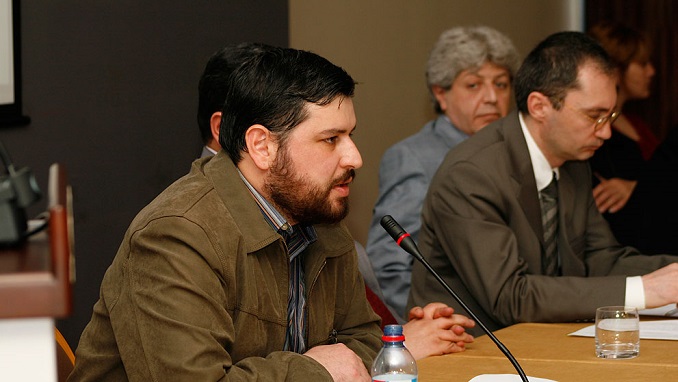 Armenia should expect sanctions from the United States because of its close relations with Russia amid growing U.S.-Russia tensions, Armenian military expert Karen Vrtanesyan says.

His remark came during a discussion on the possible impact of American sanctions on the subsequent Armenia-U.S. military deals, News.am reported.

“There is a bit of a risk. But, on the other hand, the U.S. is well aware that a number of Russian partners have no other options, just as in the case of Iran,” said Vrtanesyan.

Russian-U.S. relations affect the Armenian-U.S. cooperation and vice versa, but Yerevan tries to take a neutral position, which is understood both in Moscow and Washington, the expert noted, adding there is a certain tension in the U.S.-Azerbaijan relations mainly due to the human rights violations in Azerbaijan.

According to Vrtanesyan, the economic relations between Washington and Baku are at a rather high level, so it is not likely that the U.S. will impose sanctions on the Caucasus country.

Azerbaijan will continue to purchase heavy weapons from Russia, which stems not only from partner or geopolitical relations with Moscow but rather from the fact that the entire infrastructure for the Azerbaijani weapons is based on Russian products, the expert concluded.

Armenia is part of the Eurasian Economic Union (EAEU), an economic alliance of former Soviet republics lead by Russia. However, the once strong economic relations between Yerevan and Moscow appear to be deteriorating recently.

A project for establishing railway communication with Russia through the Abkhazian sector has been postponed, as well as some large-scale projects and reforms which had been conceived under the expectation of an accompanying influx of substantial Russian investments.

Harsh economic and financial problems in Russia — a result of the U.S. and the EU’s sanctions policy as well as low global oil prices — significantly reduced direct inflows to Armenia. According to the volume of accumulated Russian FDI in the EAEU, Yerevan ranks fifth (3.45 billion dollars), being considerably behind Kazakhstan (11.6 billion), Belarus (10.58 billion), Ukraine (5.96 billion) and Uzbekistan (5.35 billion).

GoGoAnime DARLING in the FRANXX Episode 17

anime gogo Josee, the Tiger and the Fish