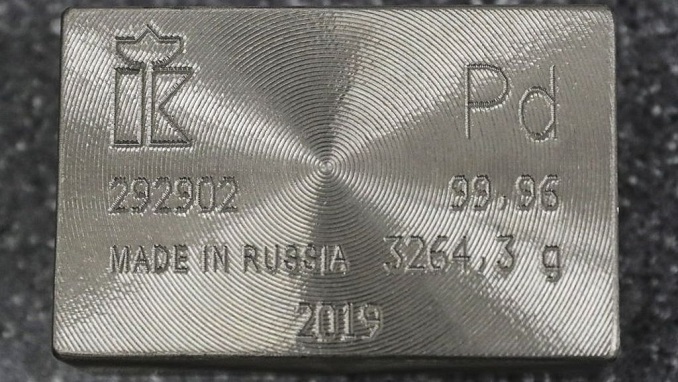 Platinum and palladium markets will be tight this year as the coronavirus pandemic hammers supply and demand, materials maker Johnson Matthey said on Monday, declining to give full-year forecasts and saying prices will be erratic, Reuters reported.

Production of the metals, used to reduce vehicle emissions, and their consumption by auto makers could fall by around one-fifth in 2020 but the course of the virus is too uncertain to give precise numbers, the company said in a report.

“The cold market balance, whatever it may be in the end, may not be the biggest determinant of price direction and volatility when you have large parts of the market offline and the potential mismatch between supply and demand coming back,” he said.

Prices of platinum, palladium and sister metal rhodium have recovered some ground after falling by around half as the coronavirus swept the globe, closing industry and hurting auto sales.

All three are mainly used in vehicle exhausts, though platinum is also used for jewellery.

The coronavirus will disrupt supply of platinum and rhodium more than palladium, Johnson Matthey said.

South Africa – where lockdowns and a processing plant failure have hit output – is the dominant producer of platinum and rhodium. The biggest palladium miner is Russia, where output has been less affected.

Raithatha said auto makers in Europe were looking harder at cost cutting by potentially reducing use of precious metals or switching from expensive palladium to cheaper platinum, but that any changes would happen slowly.

While Johnson Matthey shied away from forecasts, the World Platinum Investment Council said it expected a 247,000-ounce platinum oversupply in 2020 and Russian producer Norilsk Nickel said the palladium market would be balanced.

Another 18 Russian Aircraft With Peacekeepers Arrive in Armenia, Defense Ministry...