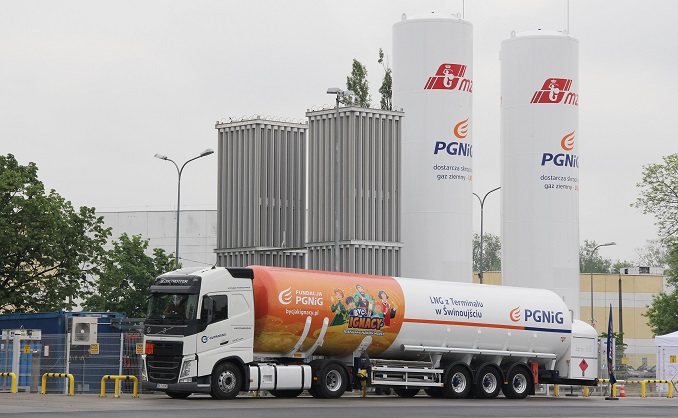 Russia’s Gazprom is negotiating with Poland’s largest gas company PGNiG to retroactively raise the cost of gas supplied to the country since 2017, its Gazprom Export arm said on Tuesday.

Gazprom Export did not say what grounds it had for raising prices, but it is not uncommon for it to change contract prices retroactively if spot prices have changed significantly or there have been other developments in the market.

The two companies have separately been locked in a dispute over pricing, which led to an international arbitration court ruling in March that Gazprom must pay state-run PGNiG about $1.5 billion by July 1.

If Gazprom Export reaches agreement with PGNiG to raise prices retroactively that could reduce the bill it owes the Polish company.

“In line with the contract, the companies are in talks to revise (gas) prices dating back to 2017. Gazprom Export believes there are enough grounds to revise the price upwards,” the Russian company said.

On Monday, Gazprom and PGNiG signed an annex to their contract, confirming they would use a different pricing formula after the arbitration court in March also ruled that the formula in PGNiG’s long-term deal with Gazprom should be changed to take into account natural gas market quotes.

PGNiG buys from Gazprom most of the gas it resells, under a contract dating back to 1996, and it has often said it pays more than its western European peers.

PGNiG in an emailed statement on Tuesday did not comment on whether it would accept a rise in prices, saying only that the Yamal contract on the basis of which it buys gas from Gazprom allows for price renegotiation every three years.

The Polish company also said that the arbitration court ruling does not prevent the companies from further renegotiating the contract’s prices. The contract prices between the two companies have not been disclosed.

Bank of Russia Expected to Lower Interest Rate This Week