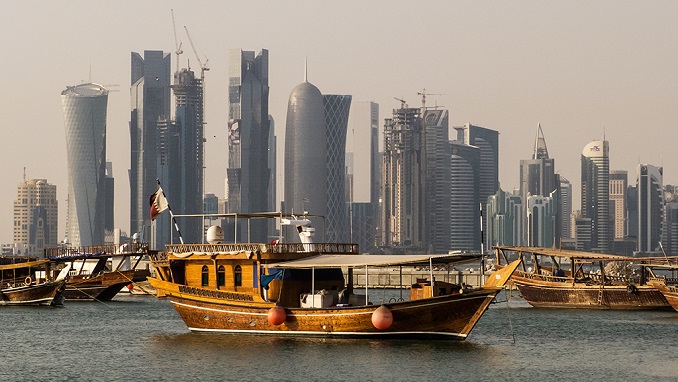 “We have agreed to continue coordinating efforts on the global energy market, including at the platform of the Gas Exporting Countries Forum in Doha,” the minister said, adding that he also plans to meet Secretary General of the organization Yuri Sentyurin during his stay in Qatar.

According to Lavrov, the sides “highly estimated the achieved level of cooperation between Russian Direct Investment Fund (RDIF) and the Qatar Investment Authority as well as the participation of that agency in Rosneft’s stock capital.” “We drew attention to the interest of Russian oil and gas companies – apart from Rosneft those are Lukoil, Zarubezhneft, Gazprom, Novatek, to develop mutually beneficial projects with Qatari partners,” the minister said.

He also noted that the talks revealed “equal interest to maintain a regular political mutually beneficial dialogue, the interest in expanding practical cooperation between Russia and Qatar in various fields.”

“Our Qatari friends and we share the commitment to boost trade and economic exchanges and encourage mutual trade further on,” Lavrov said, adding that both sides “welcome efforts assumed through the joint intergovernmental commission on trade, economic and technical cooperation, which will meet next time in Moscow on April 10.”

Putin Orders Mass Vaccination as of Next Week