Russia is waiting for the president of the National Assembly (AN) of Venezuela, Juan Guaidó, to leave office before sending economic advisors to help the regime of his opponent and Moscow ally, Nicolas Maduro, Bloomberg writes.

Maduro is considered as the usurper of power by many of Venezuela’s population and more than 50 countries that support Guaido. The parliamentary speaker tried to overthrow Maduro by temporarily assuming the Presidency of the country in January 2019. Guaido’s popularity is shrinking and he could leave the post on January 5, when a vote is scheduled.

Storchak, who heads a team of 12 people focused on Venezuela, said Russian initiatives to help alleviate the crisis had not been successful to date, because officials in Caracas were reluctant to implement changes without the support of the Assembly led by Guaido.

“I think the situation will begin to change in mid-January. I hope they share data with us so we can decide which specialists we should send,” said Storchak. “The main focus is on the oil sector. We have suggestions on eradicating administrative distortion, which they allowed to occur during nationalization,” he added.

He specified that the Maduro government also receives advice from Turkish and Chinese experts. Given the fact that Venezuela owes $3.15 billion to Russia, Moscow “works for itself”, offering assistance in economic development, Storchak explained.

Despite the fact that the United States and about 50 other countries recognized Guaido as acting head of state in January 2019, U.S. officials fear he might lose his post due to a record low approval rating of 38.9%, Bloomberg notes. 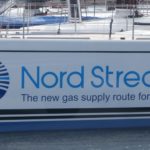 The decision to build the natural gas link from Russia to Europe was made long ago and ditching the project may lead to an...

Russia expects that Moscow and Washington will manage to establish dialogue, and if the new U.S. administration is ready for this, Russian President Vladimir... 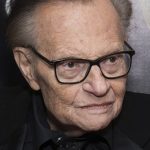 The Russian Embassy in the U.S. has expressed condolences over the passing of iconic U.S. talk show personality Larry King, Sputnik reports. On Saturday morning,...

The Russian government approves allocation of 5 billion rubles ($66.5 mn) to subsidize flights for residents of the Far East. The decision was made...