The delegations of Gazprom and Naftogaz of Ukraine have completed negotiations on cooperation in the gas sector in Vienna, TASS reported on Friday.

The meeting lasted more than four hours and was attended by head of Gazprom Alexei Miller and executive director of Naftogaz of Ukraine Yury Vitrenko.

The main issue in the agenda was the extension of the contract for gas transit from Russia to Europe through Ukraine after 2019, since the current ten-year agreement expires at the end of this year.

Earlier, Yury Vitrenko said that December 13 was the deadline for concluding a contract for the long-term reservation of transit capacities of the Ukrainian gas transmission system.

The family of new Russian Prime Minister Mikhail Mishustin owns 2.6 hectares (about 6.4 acres) of land in the “Cotton Way” community outside Moscow,...

The Russian Federal Service for Veterinary and Phytosanitary Supervision (Rosselkhoznadzor) had issued a public statement saying that the country had obtained the required rights... 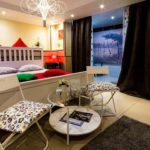 Five people were killed and six others injured when a heating pipe burst Monday in a small Russian hotel in the city of Perm,...