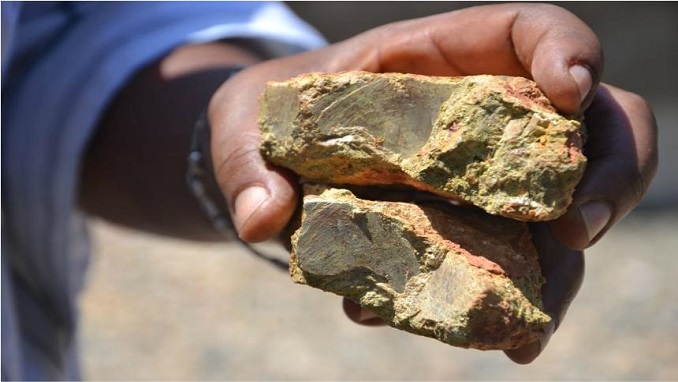 With rare earths being one of the focal points of the U.S.-China trade war, Russia is being touted as a possible significant supplier of the critical minerals needed for the electronics industry, Bloomberg writes.

The country accounts for less than two percent of global production but owns the world’s fourth-biggest reserves, according to the U.S. Geological Survey. There are two projects that could come online by 2023, but they have been set back by delays.

In 2018, news surfaced that development was set to begin for the Tomtor niobium-rare earths deposit in Yakutia.

Because it has radioactive by-products, Russia is said to be looking at co-production of thorium. No further news appears to have been released about Tomtor.

President Vladimir Putin has pushed Russia to develop its own rare earths production, calling it an issue that’s “critically important to the defense capability of the country”. He had previously said Russia ranks second in total reserves around the world.

“Despite the fact that the projects are difficult and being postponed, the supplies are unlikely to reach the U.S.,” said Boris Krasnojenov, chief of research at Alfa Bank in Moscow.

The biggest one is run by TriArk Mining Co, a venture owned by Russian billionaire Alexander Nesis and Russian state-owned giant Rostec, which is under U.S. sanctions. It’s developing a project in Russia’s Far East that hopes to produce 14,000 tons of ferroniobium and 16,000 tons of rare earth metals oxides a year, said spokesman Andjey Krasutsky. That would account for 10 percent of global production, according to the company.

TriArk expects to mine the first material from the Tomtor deposit in 2022 and have a product ready to sell by the following year. However, the site has faced several delays because of difficulties extracting the ore.

“Given the timing of the project and the dynamic situation in the market and in the world, it’s too early to tell if Tomtor will be able to sell rare earths to the U.S.,” Krasutsky said.