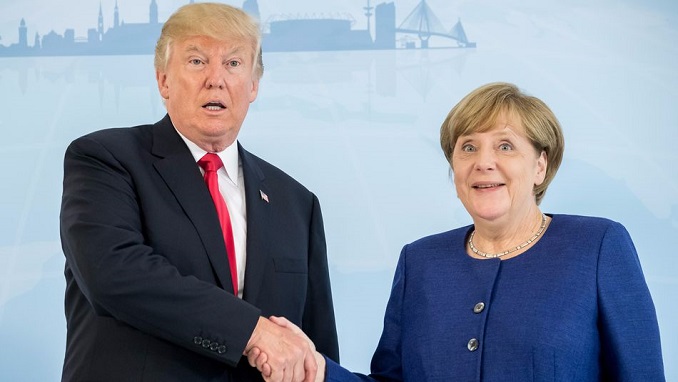 U.S. President Donald Trump once again warned Germany against being dependent on Russia for its energy and said he is still considering using sanctions to block a controversial pipeline that would increase gas flows from Russia to Germany, Reuters reports.

“Well, we’re looking at it. People have the right to do what they want to do. I think it’s something that I’ve been looking at and I’ve been thinking about and I’m the one that brought up the pipeline problem,” Trump told reporters during an appearance with Polish President Andrzej Duda.

Trump has claimed since last year that Germany is captive to Russian energy exports. Like past U.S. presidents, he opposes the Nord Stream 2 pipeline, which would run beneath the Baltic Sea alongside an existing line linking eastern Russia and northern Germany.

The U.S. and many European nations fear the pipeline would help Russia bypass infrastructure in Ukraine, allowing Moscow to use energy supplies as a weapon against its neighbors without disrupting flows to Western Europe.

The Trump administration is seeking to displace Russian pipeline supplies to Europe with U.S. exports of liquefied natural gas, a form of the fuel chilled to liquid form for transport by tanker ship.

Poland, one of the fiercest critics of Nord Stream 2, has entered agreements to buy U.S. LNG in a bid to reduce its dependence on Russian gas.

Russia Warns of Consequences of US Sanctions Against Nord Stream 2