Washington is still deciding on whether to sanction Russia’s biggest oil producer, Rosneft, for maintaining ties with Venezuela’s Nicolas Maduro, though U.S. officials are wary that the move could cause chaos in global oil markets, sources familiar with the matter told Bloomberg.

Sanctions on the oil giant may drive up global oil prices, officials fear, according to the sources. The U.S. has placed heavy economic sanctions on Venezuela as the Trump administration seeks to oust Maduro, its president, but the country’s oil industry continues to function. Crude accounts for 95% of Venezuelan exports and bankrolls Maduro’s regime.

The Trump administration plans to ramp up its pressure on Maduro over the next 30 days, a senior administration official told reporters in a briefing on Wednesday. The U.S. will look “very closely” at potential actions against Rosneft and will “likely take action in the near future on that issue,” National Security Adviser Robert O’Brien said Wednesday at an event hosted by Meridian International Center.

President Donald Trump promised in his State of the Union address on Tuesday “that Maduro’s grip of tyranny will be smashed and broken.” Venezuelan opposition leader Juan Guaido attended the speech and met with Trump at the White House on Wednesday.

The threat of U.S. sanctions on a large Russian commodities company upended global markets in 2018 when the Trump administration moved against Russian billionaire Oleg Deripaska in retaliation for what Treasury Secretary Steven Mnuchin called “malign activity around the globe” by the Russian government. At the time, Deripaska held a majority stake in Rusal, the world’s second-largest aluminum producer.

Sanctions were never imposed on Rusal due to repeated waivers by Treasury. But global aluminum prices shot up as much as 20% at one point, and each delay in imposing sanctions caused more turbulence. 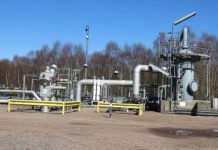 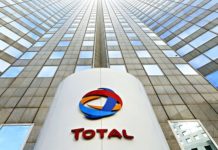 State-run monopoly Russian Railways has pulled out from a $1.3 billion project for electrification of a railway line between Garmsar, in Iran and Ince Burun...

Russian museums were grappling with too many Chinese tourists last year, but now they are facing a shortage due to the outbreak of the...

The London-based head of equity trading at BCS Global Markets, Russia’s biggest brokerage, has been suspended after less than five months in the job,...

Russians Yet to Feel Effects of New Crowdfunding Law: Analysis

The Law on Crowdfunding (also known as the Law on Raising Capital), which came into force in Russia at the beginning of this year,...

A senior Russian lawmaker said Wednesday that the authorities are planning to hold a public vote on April 22 on the controversial constitutional reforms...