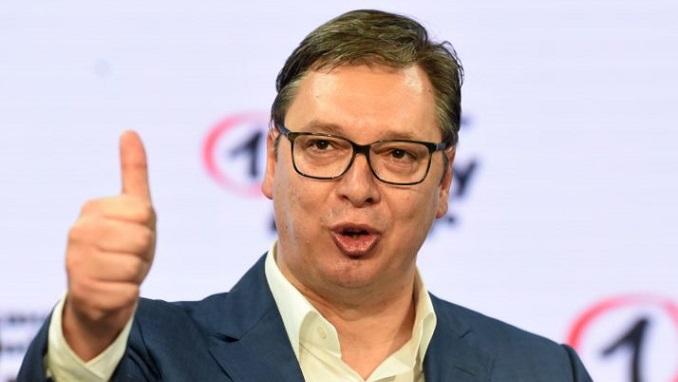 But at the same time, long-term contracts for gas supplies from Russia were not concluded on time, and this is the main reason for the gas crisis in the EU, Serbian President Aleksandar Vucic said.

The demand for gas all over the world rose sharply, liquefied gas was bought in Asia. As the period of replenishment approached, everyone rushed to buy gas, “which led to its rise in price,” a deficit, “since the Chinese have redirected all the liquefied gas to themselves.”

“They did not enter into long-term agreements with the Russians and were left without gas, and the price of gas jumped,” the Serbian president told reporters on Saturday. Blame, in his opinion, in the gas crisis and “new carbon duties” – the European Union plans to introduce a “carbon tax” in the next 2 years on imported goods, the production of which is accompanied by large emissions.

Vucic noted that it is important for Serbia to extend the long-term contract with the Russians and to ensure that the price remains at the current level of $270 per thousand cubic meters.

“It is important that the economy does not fall because it will greatly affect the economy when you have high energy prices. We have allocated 180 megawatts of additional electricity, included from the reserve, to reduce the market price for the economy, and for the citizens of Serbia this is the lowest price in Europe,” Vucic said.

Kremlin Has No Information about New Plan for Donbass