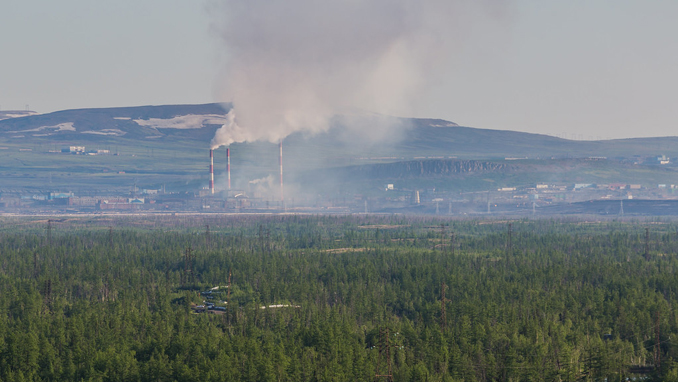 The city of Norilsk in Russia’s Arctic, home of mining and metals giant Norilsk Nickel, has the highest sulphur dioxide (SO2) emissions in the world, satellite data from U.S. space agency NASA shows, according to Reuters.

Scientists say that excessive exposure to SO2 particles causes long-term respiratory difficulties and stunted growth in infants among other problems.

Norilsk, 300km (186 miles) inside the Arctic Circle, has the largest individual SO2 emissions, followed by the South African town of Kriel, about 150km east of Johannesburg, Monday’s report found. The industrial city in Russia’s Krasnoyarsk Krai is home to Norilsk Nickel, the world’s leading nickel and palladium producer. The company is implementing a massive program to improve the ecology of the city and its surroundings.

The first stage of the program is complete. After the closure of an old nickel plant and reconstruction of nearby plants, emissions in the city’s residential area fell by 30%, Nornickel told Reuters on Monday.

The second phase will involve a $2.5 billion sulphur project to help to reduce sulphur dioxide emissions in and around Norilsk by 75% from 2015 levels by 2023.

Under snow for up to nine months of the year and in darkness for more than a month in winter, Norilsk has acquired a reputation as one of the most polluted settlements in the world because of its metals plants. Prisoners from Joseph Stalin’s labour camps built the first smelters there 80 years ago.

Sputnik V Vaccine to Be Produced in India