A year after the Second Nagorno-Karabakh war began in September 2020, Azerbaijani authorities are focused on rebuilding the destroyed infrastructure and slowly begin the process of rehabilitating the region and returning the population that was previously expelled from their homes during the 1990s. 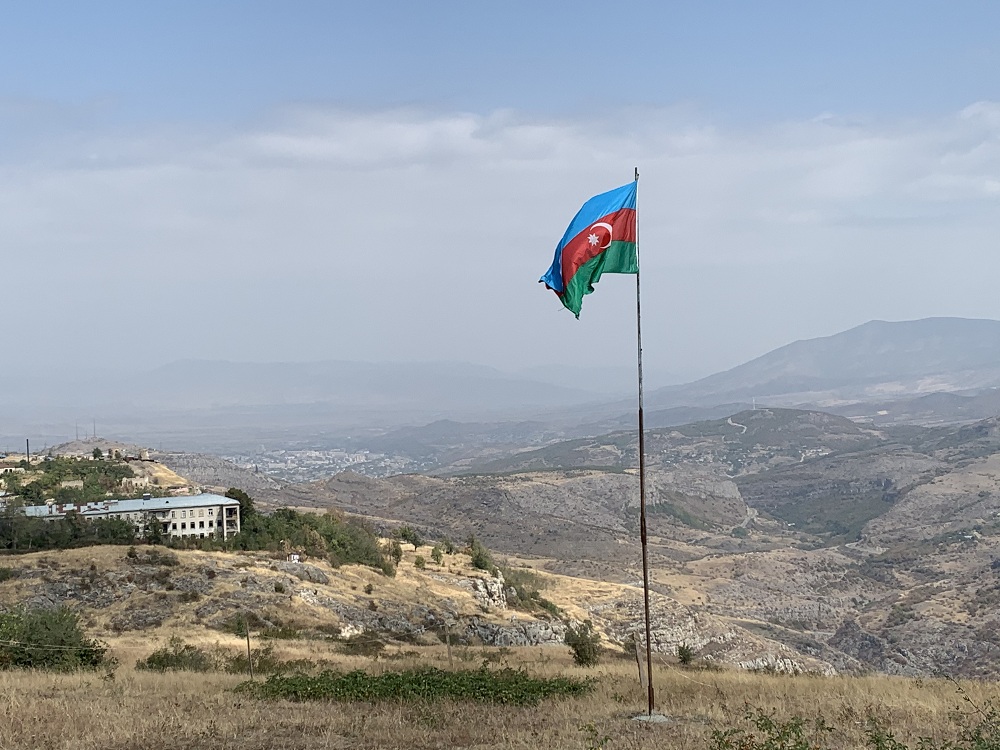 The image of Nagorno-Karabakh today is deserted cities, ruins, and countless minefields.

According to some estimates, the decades-long conflict has resulted in more than 35,000 casualties and one million internally displaced persons. Although most of them already have new lives and families in other parts of the country, some of them are ready to return to their old homes. 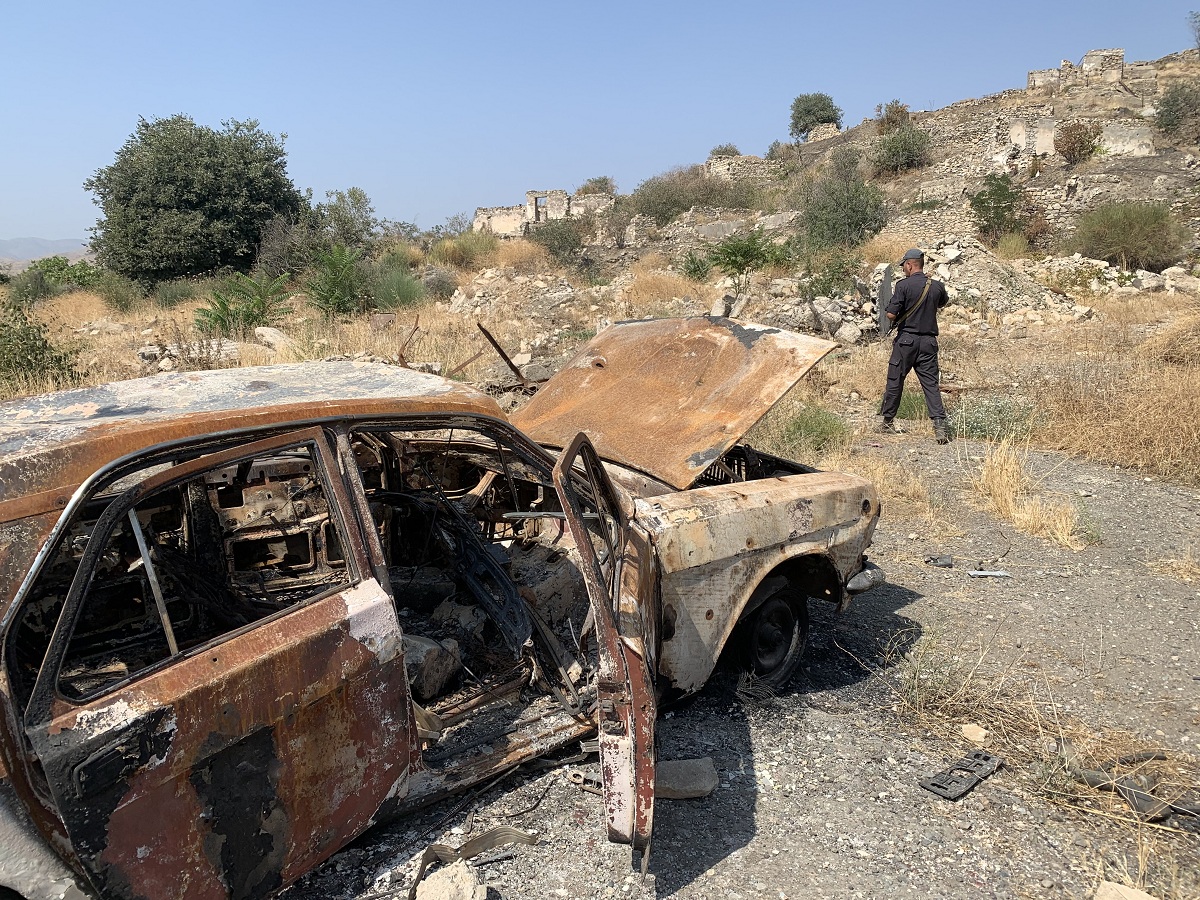 The family of 26-year-old Baku tour guide Eldar Hamza is one of them. Hamza’s parents hail from the town of Fizuli, near Nagorno-Karabakh, which had a population of more than 17,000 before the first conflict. Today, Fizuli is practically a ghost town, where only ruins and landmine warning signs can be seen. 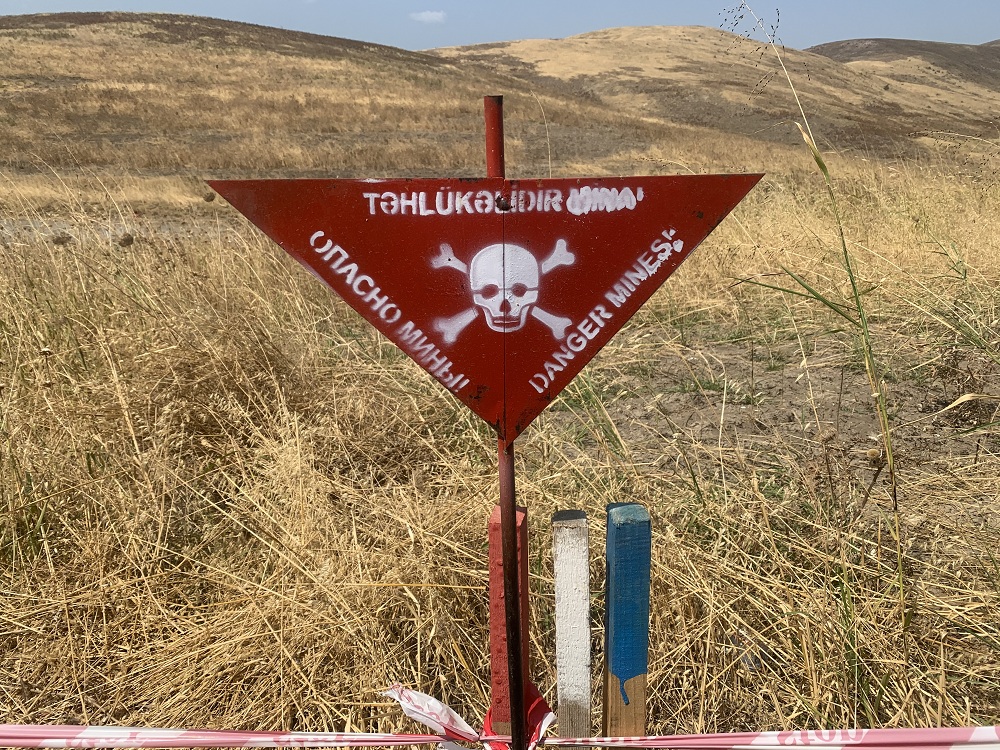 Hamza, who was born in the capital of Azerbaijan, Baku, says that in the past decade, his family has almost lost hope of ever returning to his home in Fizuli.

“In 1993, as internally displaced persons, my family members moved to Baku. As a kid, I used to hear about when we would be back in Fizuli – whether it would be this year, next year, next summer, next holiday, and so on. But sometime around the 2000s my family somehow came to terms with the fact that this might never happen.” Hamza says.

“My mother died in 2019, and before her death, she told me that she wanted her remains to be taken back to Fizuli, where her father is buried,” Hamza explained, adding that this year or next he would finally have the opportunity to fulfill his mother’s last wish.

For the Azerbaijani authorities, however, the return of the population to Nagorno-Karabakh and other areas such as Fizuli will be quite a challenge, as the first thing that must be done is to demine the region and build basic infrastructure. In Fizuli, for example, the authorities are already completing the construction of the local airport, and they are working around the clock to clear all the minefields in and around the city.

According to the Azerbaijani National Mine Action Agency (ANAMA), Nagorno-Karabakh is one of the most heavily mined regions in the world.

“Karabakh is one of the regions with the most landmines because it was done during the 1990s and last year. Despite all the efforts made by our deminers, at least 20 Azerbaijanis have been killed in mine explosions this year,” said Natik Asadov, ANAMA’s supervisor. 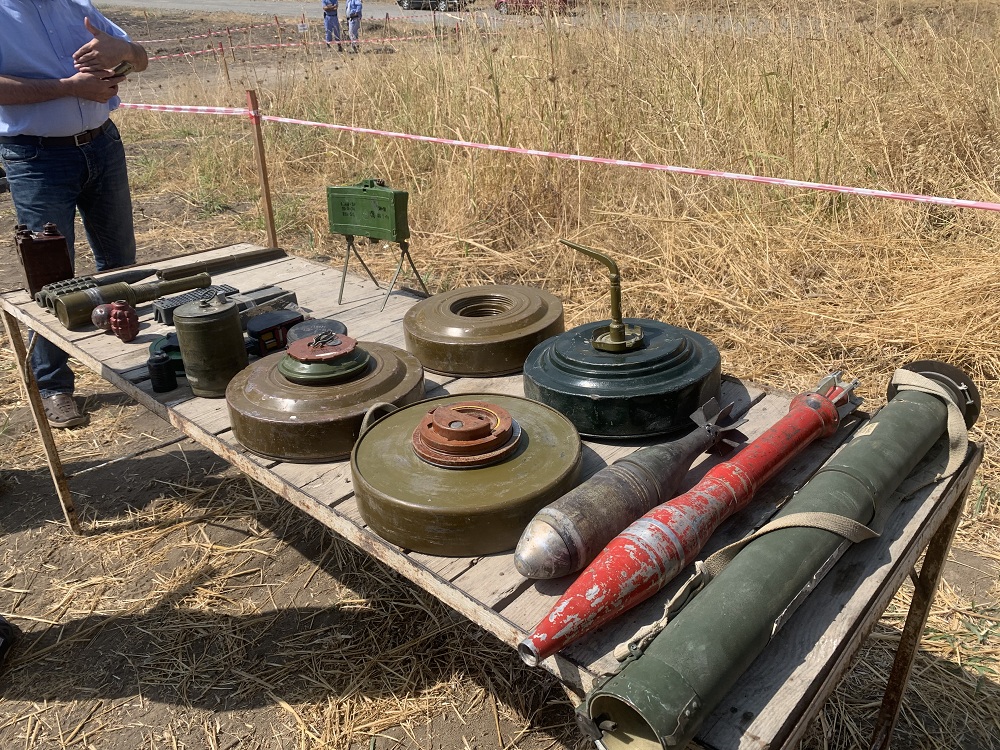 The city of Agdam is perhaps the largest of all these ghost towns in the region. Before the start of the first war, it had a population of about 30,000. Now, the city is fully destroyed, except for the local mosque, which was abandoned by the Armenian army and used as an orientation facility by the Armenian soldiers.

The reconstruction of Agdam is now becoming a symbol of the Azerbaijani authorities’ plans for Nagorno-Karabakh, as a region that will be attractive to the young population and which in the future will become one of the pillars of the country’s economy. 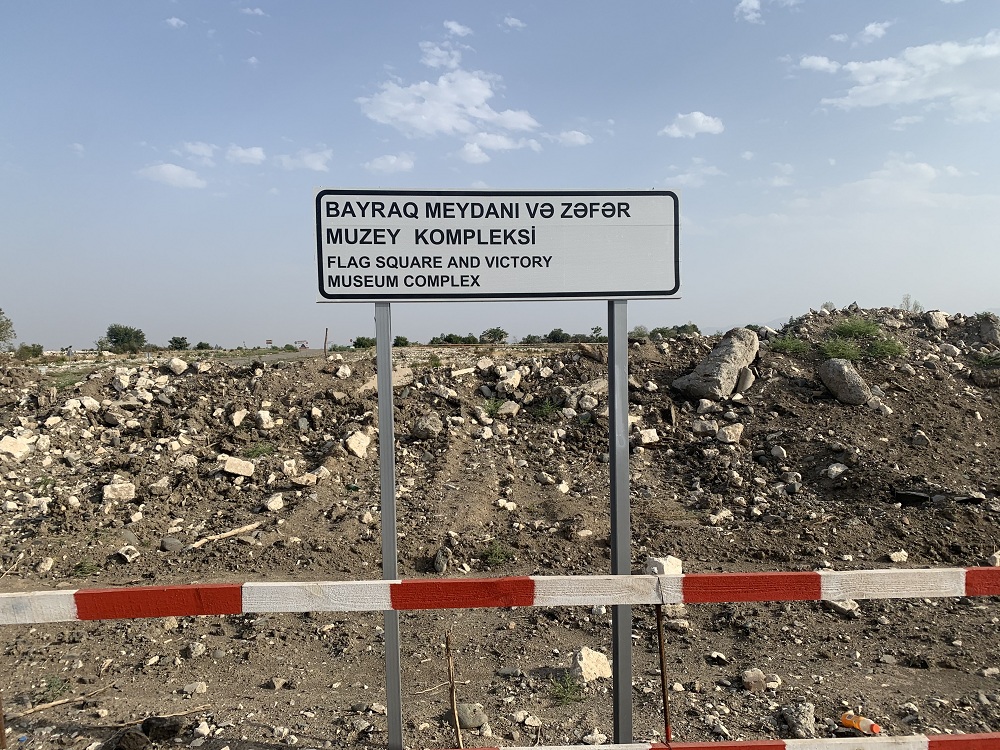 “Our approach, not only in Agdam, but in the whole of the Karabakh region, is that this should be done in a very well-planned way. As you can see, there is no city here, so this is a city to be built of ashes, and we will do it. We want to turn Karabakh into a paradise, so that our citizens who were forced to leave their homes 28 years ago can now return here,” Agdam Special Representative Emin Huseynov explained.

“At the moment, the basic infrastructure is the most important, and soon when it is established, then the construction of the city will start. According to our plans, Agdam will be the fourth largest city in Azerbaijan, with a population of 100,000 people,” Huseynov added. 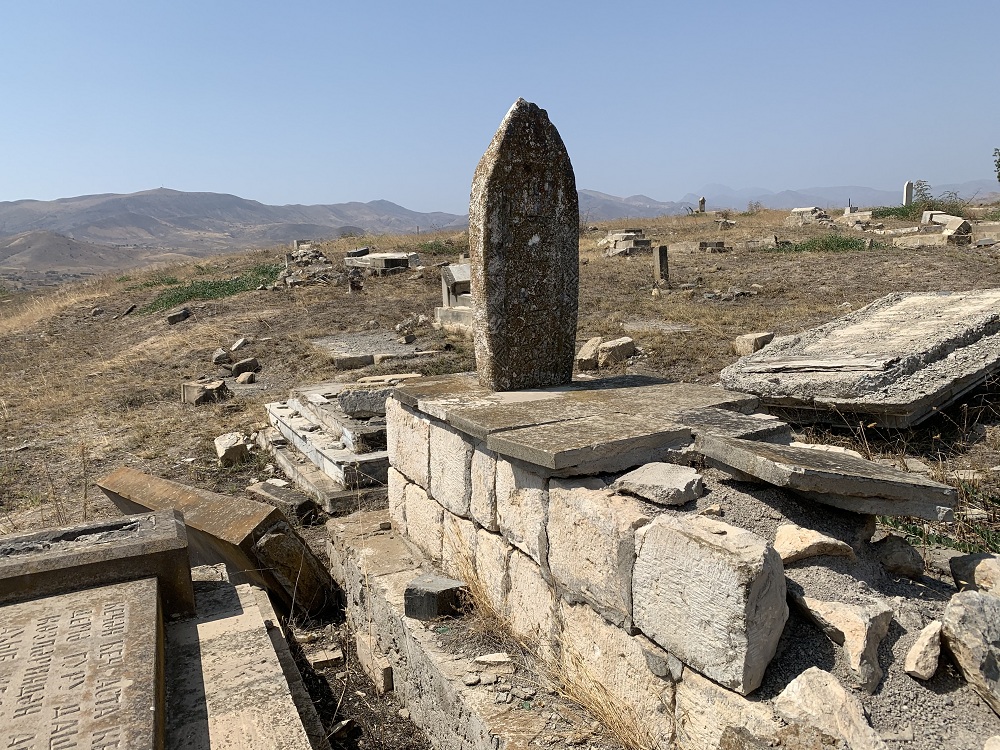 But there is also the question of what the future will be like between the returning Azerbaijanis and the Armenians still living in some parts of the region. Under a ceasefire signed by Azerbaijan, Armenia, and Russia, the mandate of Russian peacekeepers in the region will last five years, with the possibility of renewal if agreed by all parties to the conflict.

According to Rusif Huseynov, director of the Baku-based think tank Topchubashov Center, many in Azerbaijan want to believe that the bloody Nagorno-Karabakh conflict is finally over and that both Azerbaijan and Armenia can now focus on improving their relations. 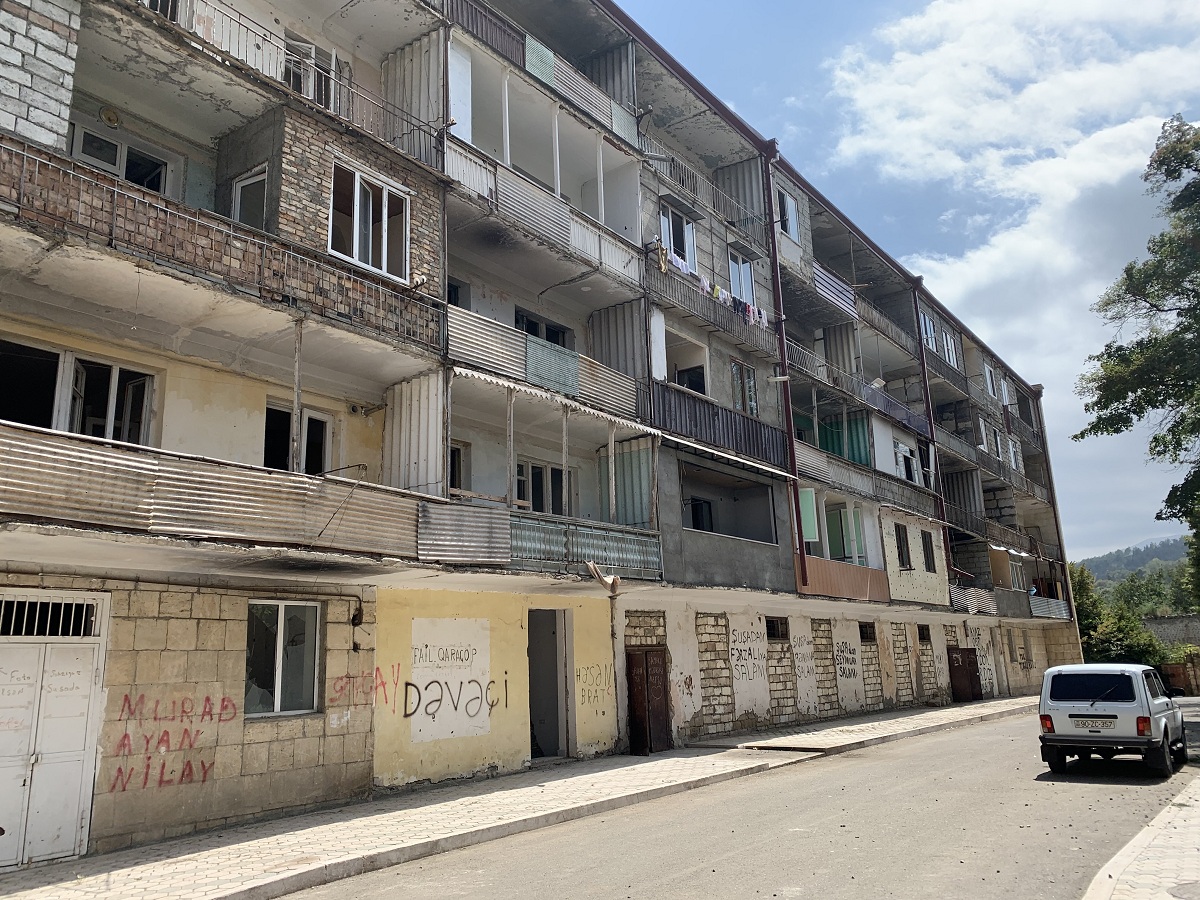 “I believe that in a few years, the area under Russian protection and the Armenian community living there will be reintegrated into Azerbaijan. Both during the 1990s and last year, many lives were lost, dozens and dozens of lives, mostly young people, sometimes civilians.” Huseynov stressed.

According to him, both sides must now consider peaceful coexistence and economic development of the region. “Karabakh, Agdam, and all other areas should be places of peace and friendly coexistence of all communities – Azerbaijanis and Armenians.”