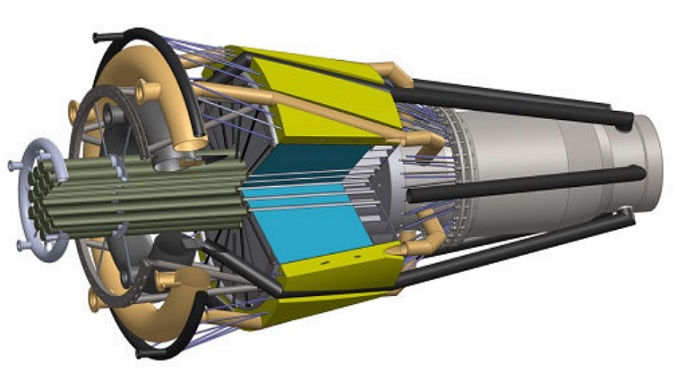 Russian scientists from the Moscow Institute of Physics and Technology (MIPT) have upgraded the design of a nuclear battery they claim could power spacecraft for up to a 100 years, the Institute announced.

Conventional batteries—those found in most autonomous electrical devices—require redox chemical reactions, in which electrons are transferred from one electrode to another via an electrolyte.

Chemical batteries, also known as galvanic cells, boast a high power density (the ratio between the power of a generated current and the volume of the battery). But they tend to empty out fast; even the rechargeable ones need to be replaced while juicing up.

“This may be dangerous, as in the case of a cardiac pacemaker, or even impossible, if the battery is powering a spacecraft,” the MIPT said.

The innovative battery prototype developed by the researchers has the ability to pack nearly 3300 mW-hours of energy per gram, which is greater when compared to any other nuclear battery based on nickel-63, and 10 times higher when compared to the specific energy of commercial chemical cells. The study has been reported in the Diamond and Related Materials journal.

“This new technology is important from an economic standpoint,” MIPT said, “because high-quality diamond substrates are very expensive and therefore mass-production of converters by substrate thinning is not feasible.”

This is not Russia’s first nuclear-battery project: Scientists from the National University of Science and Technology MISIS in 2016 presented a prototype betavoltaic battery based on nickel-63. Another working model, created at TISNCM and the Research Institute and Scientific Industrial Association LUCH, was demonstrated at Atomexpo 2017.

Gazprom: Nord Stream 2 Is in Its Final Stages