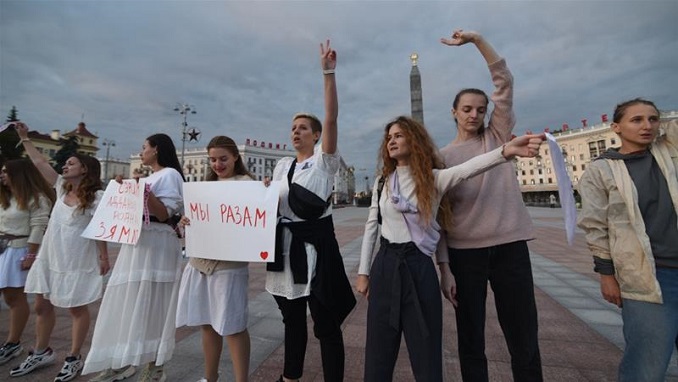 Migration flows to the Russian Federation have been “feminized,” according to analysts, Nezavisimaya Gazeta writes.

Women are increasingly getting involved in migratory work. Previously, women generally followed their spouses, and migrant work was traditionally regarded as “masculine,” but today there are a large number of unmarried women who see this as an opportunity to escape social pressure in their home country and live in Russia. Experts believe that the growing number of women among migrants indicates that the majority of arrivals intend to stay in Russia.

According to rough estimates, about 20% of migrant workers from CIS nations who receive work licenses in Russia are female. They are more likely to find work in the service sector, which is more stable than the construction or industrial sectors, and they have better relationships with their employers and the police.

Lawyer Ilya Shablinsky verified that the number of women migrants, mostly from Central Asia, is increasing year after year.

“If more women arrive, it is possible that a greater proportion of Central Asian republics will settle here. The state may profit from the increase in this demographic group. These individuals work hard, don’t drink much alcohol, and are socially and politically docile and susceptible “, he said that the socioeconomic situation is deteriorating, which may exacerbate ethnic tensions.

According to RANEPA’s Mikhail Burda, the rise in the proportion of women in migrant flows is a natural trend that is unaffected by the crisis or epidemic as more sectors of Russia’s economy become reliant on foreign labor.

He said that female migration would allow for more efficient integration of migrants into society, and that their demographic activity may result in ethnic replacement in the long run, as well as an increase in the burden on the healthcare and education systems in the near future.