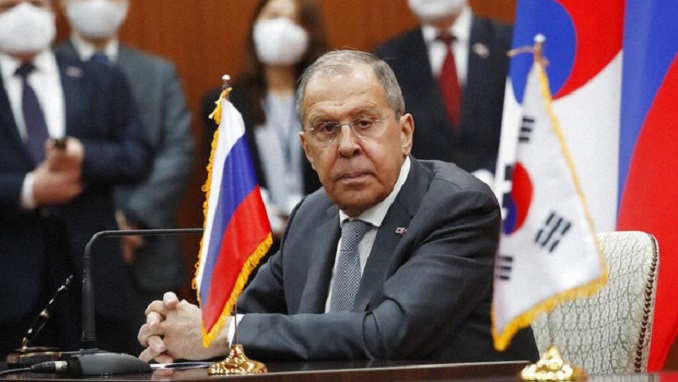 Those in Russia who are responsible for Russia’s policy will never doubt Russia’s allied relations with Kazakhstan, Russian Foreign Minister Sergey Lavrov said in an interview with Kazakhstan’s Khabar agency on Thursday, TASS writes.

“Those who are responsible for Russia’s policy towards Kazakhstan have never said and will never say anything that may cast any doubts on how we develop our allied relations,” he said when asked to comment on the statements by certain Russian politicians about relations between Russia and Kazakhstan.

“Politicians build their careers in different ways. Some are seeking after front-page splashes, some think they would attract attention not to be forgotten by being straight up on matters that look controversial, to put it mildly,” he went on to say. “You know, as people say: ‘No matter good or bad, the point is to be in the spotlight.’ Maybe, they are of this kind.”

The Russia top diplomat stressed that the existing agreements between Russia and Kazakhstan were based on respect to each other’s sovereignty, territorial integrity and political independence.

“We develop our allied relations on he basis of the documents that were agreed, signed by the heads of state, ratified by the parliaments and are laws that are part of international law. I think that such controversial, provoking pronouncements heard from politicians and some lawmakers can be seen as an unavoidable part of democratic life. We only must see to it that such words that in no way strengthen normal relations between our nations are said only at discussion clubs,” Lavrov added.

He said he was convinced that such pronouncements “that undermine the existing legal framework of the Russian-Kazakh relations would never be materialized in anything resembling real politics.”.