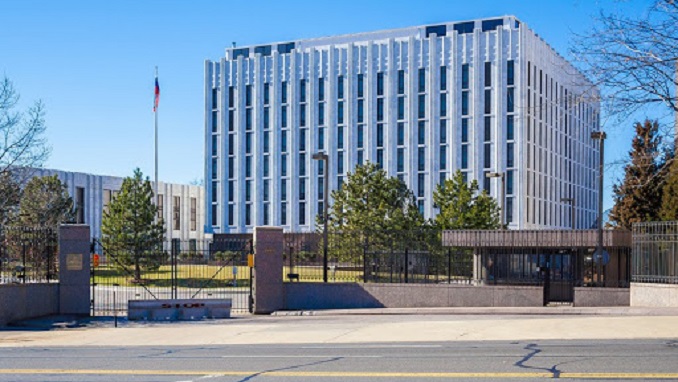 Russian Ambassador to the United States Anatoly Antonov expects that a lot of work will have to be done in Moscow analyze Russian-American relations, TASS reports.

“There is a lot of work to be done, it is necessary to analyze the state of Russian-American relations we find ourselves in,” he told reporters at John F. Kennedy International Airport in New York before flying to Moscow.

“The Russian side has always emphasized that we are interested in the development of Russian-American relations to the same extent as our American colleagues. We need to sort it out,” Antonov stressed.

The diplomat did not announce the exact timing of consultations in Moscow, but expressed his intention to stay as long as necessary.

“Several meetings are planned in Moscow in various departments. How long it will take is difficult to say now. But I proceed from the fact that as long as necessary, I will stay as long,” he said.

Upon his arrival to the New York airport Antonov first refused to answer journalists’ questions and went into the pre-flight control zone. But later he spoke briefly with the media. Antonov is to arrive in the Russian capital on Sunday, March 21 (morning Moscow time).

The Russian Embassy in the United States said on Facebook on Wednesday that “on March 20, Ambassador of Russia to the United States Anatoly Antonov is leaving for Moscow for consultations.” Russian Foreign Ministry Spokeswoman Maria Zakharova said in a statement that Antonov had been invited to Moscow for consultations on ways to mend Russia-U.S. ties.

Antonov’s leaving for Moscow for consultations was announced after U.S. President Joe Biden said in an interview with ABC News that the Russian authorities would have to “pay a price” for their alleged interference in U.S. elections. In addition, when asked if he considered Putin to be “a killer,” Biden answered in the affirmative.

Later, the White House and the U.S. State Department made statements that Washington counts on constructive cooperation with Moscow in areas of mutual interest, but is not going to smooth over the contradictions in bilateral relations.