A Russian Su-30 fighter cut off an aerial refueling tanker as well as two Dassault Mirage-2000 fighter jets that are a part of the French Air Force and were coming close to the Russian border, according to Sputnik News citing the Russian Southern Military District.

The military reported that the aerial targets approaching the Russian border over neutral Black Sea waters were detected by Russian radars earlier on Tuesday.

“A Su-30 fighter was scrambled to identify the targets and prevent illegal border crossing … The crew of the Russian fighter identified the aerial targets as two Mirage-2000 tactical aviation aircraft and one S-135 aerial refueling tanker of the French Air Force, and escorted them over the Black Sea”, the Southern Military District informed and stressed that any trespassing of the Russian border had been prevented. 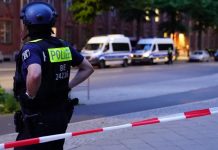 The number of COVID-19 cases in the Russian Federation increased by 16,715, to 5,350,919, the anti-coronavirus department told reporters. "Over the past day in Russia,...