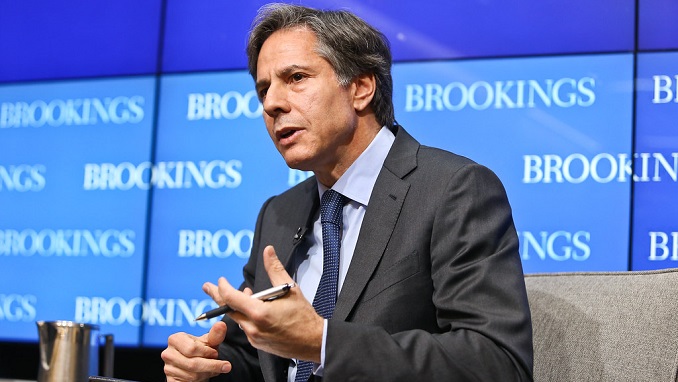 U.S. State Secretary Antony Blinken issued a statement condemning the incident with the Ryanair flight in Belarusian airspace on Sunday and demanding the immediate release of Roman Protasevich, who was detained after the plane was forced to land in Minsk.

Blinken said that the United States strongly opposes the forced diversion of a flight between two EU member states, as well as the subsequent deportation and detention of journalist Roman Protasevich in Minsk.

“We insist that he be released immediately,” the U.S. State Secretary added.

Following a bomb warning, a Ryanair plane travelling from Athens to Vilnius made an emergency landing at Minsk’s international airport on Sunday. The plane made a smooth landing. There was no bomb inside.

Among the passengers was Roman Protasevich, a co-founder of the Nexta Telegram channel, which had been labeled as extremist in Belarus. Protasevich is wanted in Belarus and is now residing in Lithuania. After the plane landed in Minsk, the man was arrested.

On Sunday evening, a plane flew from Minsk to Vilnius.

aniwatcher. Aniwatch Anime is another website offering audience to watch anime for free and viewers so far are quite impressed with the user-friendly interface

AniWatch How NOT to Summon a Demon Lord Ω Episode 10

anime to watch AniWatch DON'T TOY WITH ME, MISS NAGATORO