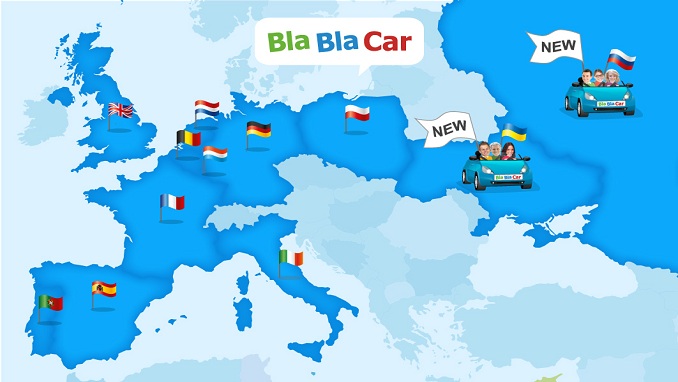 One of the biggest players in Russia’s ride-sharing market, French startup BlaBlaCar, has stopped offering its services in the annexed peninsula of Crimea, for fear of being caught up in EU sanctions against firms operating there, Interfax reported.

The service, which connects drivers with spare seats with travellers looking to catch a ride, launched operations in both Russia and Ukraine in January 2014 — just weeks before Russia annexed Crimea.

The platform has not been working since mid-February, according to local news website Crimea.Info, with company representatives confirming they had stopped offering services in Crimea as a result of EU sanctions.

Russia is BlaBlaCar’s largest individual market, with the company claiming it has 25 million users across Russia and Ukraine.Local politicians blasted the decision.

“BlaBlaCar has lost its chance because of their short-sightedness. Crimea is one of the most popular travel destinations,” Aleksey Chernyak, head of the Crimean parliament’s tourism committee told news agency RIA Novosti.

The EU placed strict sanctions against businesses and investors operating on the peninsula in response to Russia’s 2014 annexation. Many Russian companies have stayed away from offering services in Crimea for fear of being cut-off from the global financial system and key markets around the world. For instance, Russia’s state-owned monopoly Russian Railways does not operate train services which run from Moscow to Crimea.