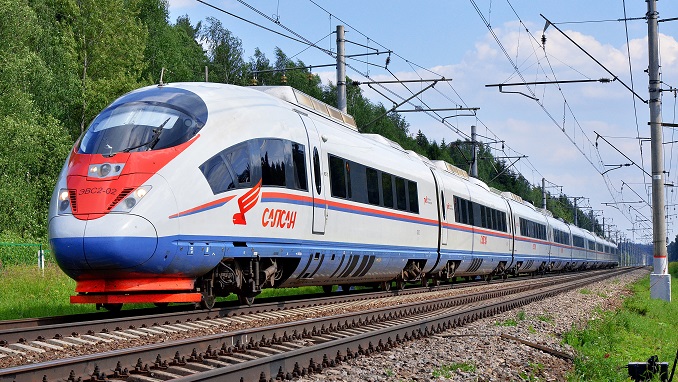 Companies from the Russian metal industry are interested in cargo transportation via the newly-opened Baku-Tbilisi-Kars (BTK) railway, the head of Azerbaijan Railways has revealed.

“Russia’s metallurgical companies are interested in BTK and ready to transport 70,000 tons of metallurgical products from Russia to Turkey every month,” Gurbanov said.

The BTK railway, a long-awaited project to directly connect Azerbaijan, Georgia and Turkey became operational at the end of October last year. Following the first test run by a passenger train from Tbilisi to Akhalkalaki on September 27, 2017, the BTK was inaugurated in the ceremony hosted by the President of Azerbaijan Ilham Aliyev in Alyat on October 30, 2017. It was constructed on the basis a Georgian-Azerbaijani-Turkish intergovernmental agreement.

The Baku-Tbilisi-Kars project is intended to complete a transport corridor linking Azerbaijan to Turkey (and therefore Central Asia and China to Europe) by rail. (In late 2015, a freight train took only 15 days to travel from South Korea to Istanbul via China, Kazakhstan, Azerbaijan, and Georgia—considerably less time than a journey by sea.)