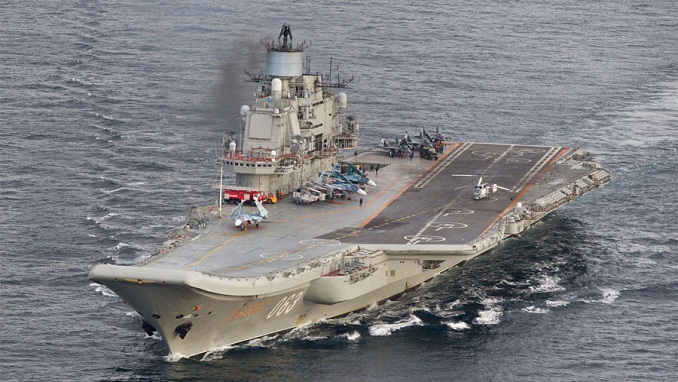 The Russian Navy will have a nuclear-powered aircraft carrier in its structure, although this will not happen in the immediate future, the commander-in-chief of the Russian Navy Nikolai Yevmenov told reporters at the St. Petersburg International Maritime Defense Show (IMDS) on Wednesday.

“There will be, of course, a nuclear-powered aircraft carrier but not in the short-term perspective,” the Navy chief said, according to local news outlet Interessant.

Russia will be developing the construction of aircraft carriers proceeding from available possibilities, he said. A source in the domestic defense industry earlier told TASS news agency that the Defense Ministry had started work to formulate a technical assignment for a future nuclear-powered aircraft carrier.

Russia’s Krylov State Scientific Center showed the conceptual project of a medium aircraft carrier with a nuclear reactor and an auxiliary gas turbine unit at the recent Army-2019 international arms show. The aircraft carrier displaces 76,000 tons and is capable of carrying up to 100 aircraft.