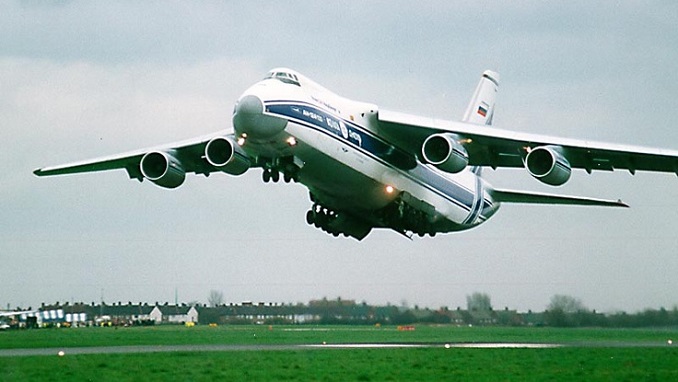 Russia will no longer produce the An-124 jumbo aircraft and is planning a new super-heavy aircraft to replace the Ukraine-designed “Ruslan” by 2027, Izvestya reports.

The An-124 Ruslan is a heavy long-range transport aircraft designed in the Soviet Union. Historically, the Ruslan has been a staple of military and civilian heavy cargo transport for over 35 years, not having a competitor airplane for six years during the 1980’s.

The aircraft was designed in the Soviet Union by the Antonov state company, which is today represented by Ukraine’s Antonov Group. Last year, the Ukrainian and Russian governments approved negotiations for a deal between Antonov and Russian firm Aviastar to resume joint operations in producing and maintaining An-124 transports at the old Soviet era Aviastar factory in Russia.

This arrangement later fell through and in June this year, the commander of Russia’s Military Transport Aviation, Vladimir Benediktov, said that Russia was going to resume production of the An-124 despite opposition from Ukraine.

The Ruslan was created for airdrop missions, for the transportation of mobile intercontinental ballistic missiles and other heavy military equipment. The aircraft is capable of lifting a cargo of 120 tons.

Fifty-five Russian aircraft have been built since the time when the first aircraft was assembled in 2004.

According to Deputy Prime Minister Sergei Borisov, Russia “simply does not need the Ruslan aircraft.” The vice-premier said that the new version of An-124 would undergo profound modernization: the research work for its improvement was included in the State Armament Program, along with a budget until 2027.