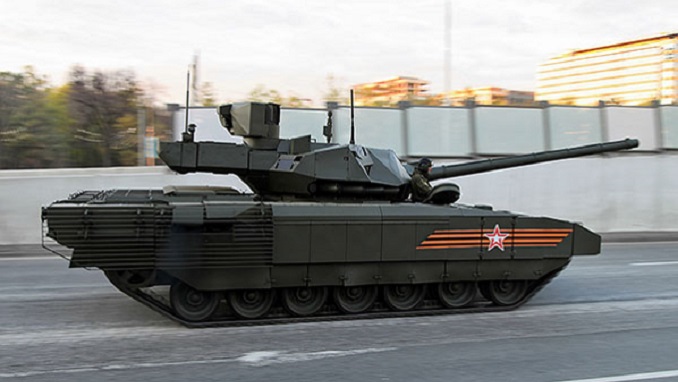 Instead, the Russian military will continue to rely on older platforms such as the T-72B3s (fitted with explosive reactive armor), an upgraded variant of the original Soviet-era T-72 MBT, or the T-90A MBT, according to Borisov.

“Why flood our military with Armatas, the T-72s are in great demand on the markets,” the deputy prime minister said noting that the upgraded variant of the T-72 “leaves far behind” German, French, and U.S. MBTs currently in service “in terms of price, efficiency, and quality.” Furthermore, Borisov noted that “having a military budget ten times smaller than that of NATO, we are achieving our objectives due to such efficient solutions.”

The Russian defense budget, although being one of the highest in the world at $61 billion, may not be high enough to take on all of the simultaneous modernization that the Russian armed forces desire. Along with the Armata production problems, the Su-57 5th generation stealth fighter has also been shelved for the time being due to budgetary constraints.

The army is presently operating 16-20 T-14s prototypes for evaluation and testing. The first T-14 MBT will purportedly be deployed with the 1st Guards Tank Regiment of 2nd Guards Tamanskaya Motor Rifle Division, garrisoned in Moscow and part of Russia’s Western Military District.