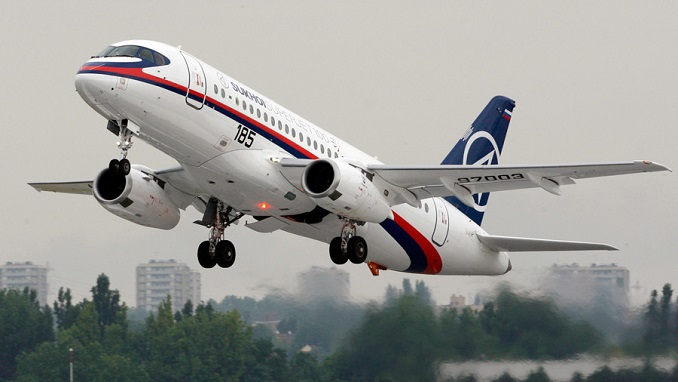 The aircraft (RA-89135) features a new winglet intended to generate a 4% reduction in fuel costs.

”It was important that the new development didn’t affect the mass of the aircraft,” says the airframer’s deputy director general for development Andrei Nedosekin.

The winglets are constructed of composite materials. “Apart from a lower fuel burn, the installation of the winglets will improve the take-off and landing performance,” Nedosekin added.

Severstal-Avia originally took delivery of the aircraft in June but it was placed in storage to await the winglet retrofit.

“The retrofitted aircraft is more environment-friendly and it’s a benefit for us, taking into consideration the expansion of international route network,” says Severstal chief Nikolai Ivanovsky.

Sukhoi Civil Aircraft says airlines will be able to select the sabrelets as part of aircraft production or perform the retrofit themselves on aircraft already delivered.