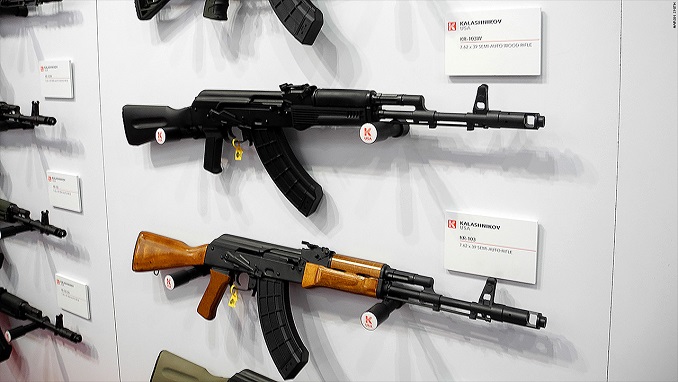 Small arms producer Kalashnikov is one of the most recognized brands of the Russian arms industry.

After Russia annexed Crimea in 2014, the United States responded with sanctions against government ministers, companies and oligarchs with ties to the war in Ukraine.

According to SVT, Russian oligarch Iskander Mahkmudov, who is a shareholder of Kalashnikov Group, was the biggest client of Swedbank’s Estonian branch. Makhmudov’s business network funnelled over €1 million ($1.1 million) to counterparts at Kalashnikov USA, the report said.

The payments were sent in four transactions, from companies registered in the tax haven of the British Virgin Islands. The money was deposited in Bank of America accounts controlled by key people at Kalashnikov USA, one of whom is the company’s founder and owner, a Russian citizen living in Florida.

Swedbank said the information provided by SVT was previously known to the bank and remains under investigation. All conclusions of the bank’s internal investigation, which is reviewing 30 billion transactions between the years of 2007 and 2019, are to be published early next year.

Neither Kalashnikov USA nor the Russian Kalashnikov responded to SVT’s questions about their roles in the affair but the oligarch’s representative states that the questions to his client are not relevant because Makhmudov and his partner have never been majority owners of Kalashnikov Russia – and therefore are not targeted by the American sanctions.