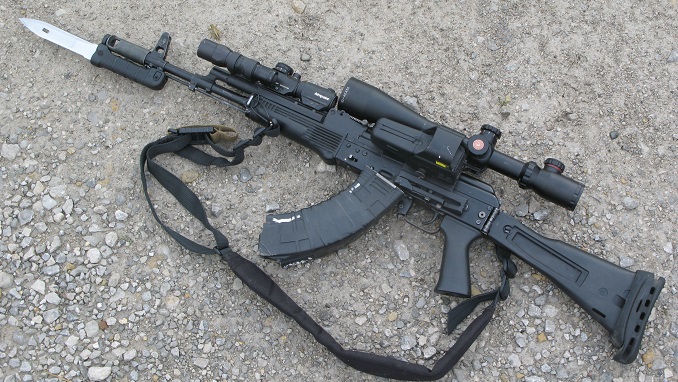 A plant in Venezuela will start producing Kalashnikov assault rifles under a Russian license next year, Alexander Mikheev, CEO of Russia’s state-owned arms supplier Rosoboronexport said this week, according to Exame.

“The small arms plant will be put into operation in 2019. We are working to speed up the timing of its commissioning,” Mikheev told reporters on the sidelines of the Army-2018 International Military Technical Forum.

A contract to build the factory in the city of Maracay in the north-central Venezuelan state of Aragua was signed in 2006. According to media reports, the project was suspended in 2014 and restarted in 2016.

Mikheev said that a helicopter service center and a pilot training center will be opened in Venezuela this year.

In the past, Rosoboronexport supplied Mi-35 attack helicopters and Mi-26 heavy transport helicopters to Venezuela.

In April this year, the defense agency said it is ready to assist India in building a facility to produce Kalashnikov assault rifles.

“We are ready to help India construct a facility similar to what the delegation saw today to produce the armament that was on display and subsequent modifications of Kalashnikov assault rifles,” Rosoboronexport’s CEO Alexander Mikheyev said after a visit by an Indian defense delegation to the industrial site of Izhevsk-based Kalashnikov Concern.