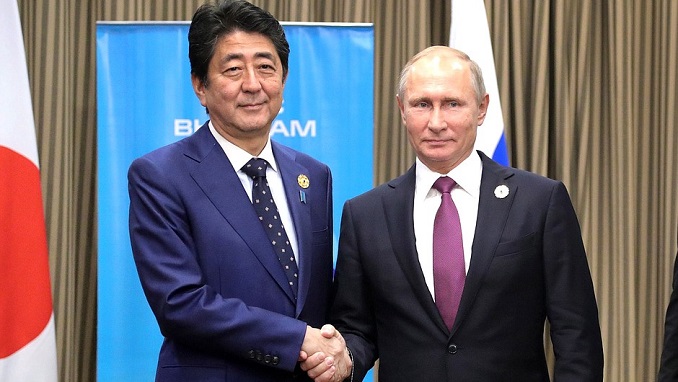 “Both sides stressed the importance of continuing efforts on strengthening good neighborly relations between Russia and Japan in the interests of the two countries’ nations, security and stability of the entire Asia-Pacific Region,” the statement reads. Putin thanked Abe, with whom they held 26 personal meetings, for their joint work and great personal contribution to developing bilateral cooperation.

“In light of Shinzo Abe’s decision to step down as prime minister, Vladimir Putin thanked him for the joint efforts and great personal contribution to the development of bilateral cooperation. The Japanese prime minister, in turn, spoke highly of long-standing constructive interaction with the Russian president,” the statement runs.

According to the Kremlin press service, the conversation was initiated by Russia.

Japan’s Kyodo news agency earlier reported about Putin-Abe phone conversation. The report said that the two leaders had confirmed plans to hold talks on signing a peace treaty in the future. However, the Kremlin did not give such details of the conversation.

The Russian president was the second world leader, with whom Abe held talks after announcing his upcoming resignation. Earlier on Monday, he talked with US President Donald Trump.