Home Politics ‘No Longer Any Way Around Russia Sanctions’: Heiko Maas to EU 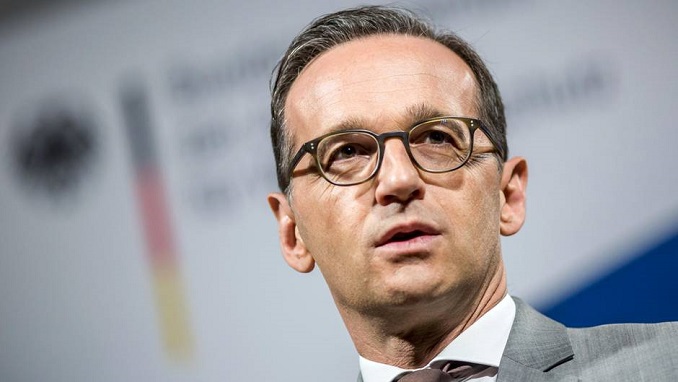 Navalny emerged in recent weeks from a coma after suddenly falling ill during a flight in Siberia and being air-lifted to Berlin for treatment. German doctors say he was poisoned with Novichok, a Russian nerve agent.

Germany, France and other Western countries have demanded an explanation from the Kremlin for Navalny’s illness. Russia says it has seen no firm evidence he was poisoned and denies involvement in any attack on him.

“I am convinced that there will be no longer any way around sanctions,” Maas told news portal t-online in an interview on Saturday.

“Sanctions must always be targeted and proportionate. But such a grave violation of the International Chemical Weapons Convention cannot be left unanswered. On this, we’re united in Europe,” Maas added.

Germany currently holds the rotating presidency of the 27-member bloc. EU leaders will discuss their reaction and possible sanctions against Russia at their next summit on Oct. 15-16.

“If the result of the German, Swedish and French laboratories is confirmed, there will be a clear response from the EU. I’m sure about that,” Maas said.

The Navalny case has worsened relations between Moscow and a number of Western countries. Germany has faced calls to halt the nearly-completed Nord Stream 2 pipeline, which is meant to bring more Russian gas directly to Germany.

Asked if European sanctions against Russia should include Nord Stream 2, Maas said there were more than 100 European companies involved in the project, half of them in Germany.

“So many European workers would suffer from a construction freeze,” Maas said.