In a turnaround for the books, for once it was Russian President Vladimir Putin who was warning the West not to interfere in the internal politics of another country, during a telephone conversation with German Chancellor Angela Merkel on the fraught situation in Belarus on August 18, bne Intellinews reported.

“The parties thoroughly discussed the situation in Belarus following the presidential election,” a Kremlin press service statement on the call read. “Russia pointed out that foreign attempts to interfere in the country’s domestic affairs were unacceptable and could further escalate tensions.”

Merkel’s comments in the phone call were said to be more restrained. The German chancellor stressed that the Belarusian authorities must give up the use of force against peaceful demonstrators, the German Cabinet of Ministers’ Spokesman Steffen Seibert said, as cited by Tass.

“The chancellor said the Belarusian government must refrain from the use of force against peaceful demonstrators, immediately release political prisoners and enter into a national dialogue with the opposition and society to overcome the crisis,” he added.

The German side said little about what else was discussed, but the conversation was bound to include a discussion about a post-Lukashenko Belarus and EU relations with a new opposition-led Belarus.

The mild publicly released comments from Merkel stood in sharp contrast to a statement from the EU on August 17. The bloc warned Russia “not to interfere in Belarus either overtly or covertly” under the threat of “new and heavy sanctions”.

The situation is remarkable in terms of its contrast with the showdown that has taken place over Ukraine. There Russia annexed the Crimea and backed separatist rebels in 2014 to destabilise the country to prevent it joining the EU or NATO after Kyiv turned away from Russia and aspired to more deeply integrate with the rest of Europe.

In Minsk’s case, the Belarusians see Russia in a much warmer light and have expressed no interest in joining the EU or adopting European values. Indeed, during a demonstration on August 17, one protestor brought out an EU flag. The rest of the crowd called on them to “put away that foreign flag” and it was duly removed. Putin is seen as a strong and capable leader in Belarus and Russia as an example of prosperity and success in the region. Income levels are many multiples higher in Russia compared to Minsk and millions of Belarusians have made Russia their home or go there to work.

Russia has legitimate ‘backyard’ national interests in Belarus that it wants to protect. Apart from the overriding desire to keep Belarus as a buffer state as NATO continues its eastward expansion up to Russia’s borders, Belarus is also a vital part of Russia’s energy network. Major gas and oil pipelines run via Belarus to connect Russia to customers in the rest of Europe, and it is home to two modern oil refineries that are used by all the Russian major oil producers to refine petroleum products which are also exported to the west.

Belarus is also an important, albeit limited, trade partner and export market. Conversely Russia is the dominate export market for Belarus and the source of a third of its imports.

In addition, Russian firms have made heavy use of software produced by Belarus’ flourishing IT sector, which has freed them from importing software from US companies, which Moscow sees as a potential national security issue.

Business-wise, Belarus is much more dependent on Russia as the bulk of the major foreign direct investment (FDI) into the country has come from Russia. Foreign investments into Belarus topped $4.5bn in 1H20 – more than four times the FDI into much larger Ukraine – with Russia accounting for 42%, followed by Cyprus with 10.9% (the Cyrus-sourced inflow is almost certainly largely Russian money too). The EU country that has most invested in Belarus is Austria, with 7.9% of the total. Much of that is connected to the Austrian mobile phone company that operates in Belarus.

Almost immediately after the call with Merkel, Putin followed up with a call to French President Emmanuel Macron in which he again emphasised that Western interference in Belarus’ domestic politics is unacceptable.

“While discussing the tensions in Belarus, Vladimir Putin emphasised that it is unacceptable to intervene into the domestic affairs of Belarus and to put pressure on the Belarusian authorities. Both presidents confirmed their interest in the prompt resolution of the existing issues,” the Russian Foreign Ministry press service reported after the call with Macron was over.

In lieu of an IMF programme, Belarus is very dependent on Russia. President Alexander Lukashenko has continuously rebuffed approaches from the IMF for a standby agreement (SBA) and turned to Russia for the bulk of his country’s sovereign borrowing. The state has issued bonds on the Russian ruble-denominated debt market and while Minsk has issued two Eurobonds on the international debt markets, the bulk of its funding comes from the Russia-led Eurasia Fund for Stabilisation and Development – a sort of Eastern European version of the IMF – as well as direct borrowing from the Russian government. Nevertheless, those financing relations have not been running smoothly. Russia caused a mini-debt crisis this year for Belarus after Moscow held up a $600mn loan to the Belarusian government after the two countries got into a noisy row over energy subsidies. Belarus has also turned to China for cash. China is its other major strategic partner and Beijing is investing heavily in the local economy, even gifting Minsk a $200mn new national stadium this year.

Tensions have risen since Belarus’ self-appointed President Lukashenko in recent days called on Russia to support him as he continued to lose his grip on power. The scenario has sparked speculation that Russia may invade and annex the country.

As bne IntelliNews wrote in an op-ed this week “Will Russia invade Belarus?” that scenario is highly unlikely and has been debunked by most of the leading commentators on Russian affairs, including the Russian press. The speculation comes in the context of a Europe that has consumed years of press that demonises Russia, thus reigniting fears of a military clash.

And the EU has already begun to meddle, with an EU spokesman admitting that representatives from the EU have already approached former English teacher and nominal victor in Belarus’ presidential election Svetlana Tikhanovskaya, who is currently in exile in Lithuania. No details of their conversation were released.

For their part, the opposition leadership have rebuffed the EU’s efforts to “help”. Maria Kolesnikova, the only one of the trio of opposition-ticket women that campaigned against Lukashenko during the elections who is still in Minsk, this week said it was “too soon for sanctions”, including sanctions against specific Belarusian officials and politicians, and called on the EU for restraint, as sanctions would only make power transition negotiations with Lukashenko’s team more difficult.

“Economic sanctions will hit ordinary Belarusians in one way or another, as the past shows,” Kolesnikova said.

In what little Tikhanovskaya has said on the opposition’s foreign policy, and it is very little, she has explicitly relayed that a new Belarus wants good relations with Russia. That was an acknowledgement of Russia’s importance to the Belarusian economy, but also reflects the deep historical and cultural ties between the two countries. 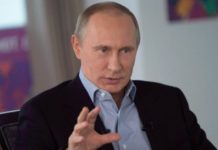 Kremlin stands in support of stark measures and guidelines introduced by Sergey Sobyanin, the Mayor of Moscow, amid the more complicated pandemic situation, TASS...