Home Politics Russian Foreign Ministry: Iran’s Enrichment of Uranium to 20% Is Departure From... 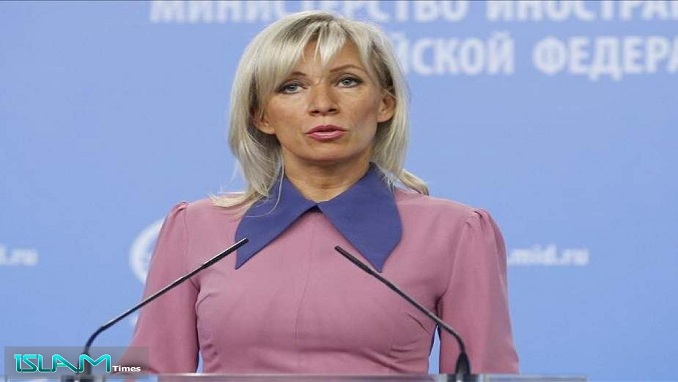 Iran’s resumption of uranium enrichment to 20% is a departure from the Comprehensive Joint Plan of Action for the Iranian nuclear program, Russian Foreign Ministry spokeswoman Maria Zakharova told TASS on Tuesday.

“This question has nothing to do with Iran’s compliance with its obligations under the Comprehensive Safeguards Agreement or the Nuclear Weapons Non-Proliferation Treaty. From this standpoint there are no claims to make against the Iranian side. All material enriched to 20% remains under the IAEA control. The Agency has not exposed any attempts to use it for undeclared purposes that might contradict the NPT,” she said. “At the same time the resumption of uranium enrichment to 20% is a departure from the agreements enshrined in the Joint Comprehensive Plan of Action for a settlement over the Iranian nuclear program.”

Zakharova stressed that Iran’s decision to resume uranium enrichment at the Fordow Fuel Enrichment Plant was due to US pressure.

“In recent years the international community developed the clear awareness that the root cause of such deviations should be seen in systematic crude violations of international obligations by the United States, which in defiance of article 25 of the UN Charter ignores the UN Security Council’s Resolution 2231 and deliberately poses obstructions to its implementation by other countries. We have to recall once again that the JCPOA project for converting the FFEP to the production of stable isotopes has long been the target of Washington’s sanctions, which is absolutely unacceptable,” Zakharova said.

She stressed that Moscow appreciated the Iranian side’s repeated statements it was prepared to resume full compliance with the agreements under the JCPOA, provided the balance of interests was observed.

“However, the current realities as they are, extra efforts and costs will now be required to bring the Fordow facility in conformity with the JCPOA again,” Zakharova said.

Also, she stressed that Iran’s actions were of “fundamental importance for further work to reconfigure this facility, which is an integral part of the nuclear deal.”

“The task of creating conditions for the stable implementation of comprehensive agreements has grown far more difficult,” Zakharova said.

sites to watch anime. AnimeDao provides you a free anime streaming platform with little to no Ads for better viewing experience.

anime stream The Rising of the Shield Hero (Dub)

Sberbank CEO Expects U.S. to ‘Go Back to Obama-time Policy’