Home Technology Former NASA Chief Says He Was Both Scared and Excited by Gagarin’s... 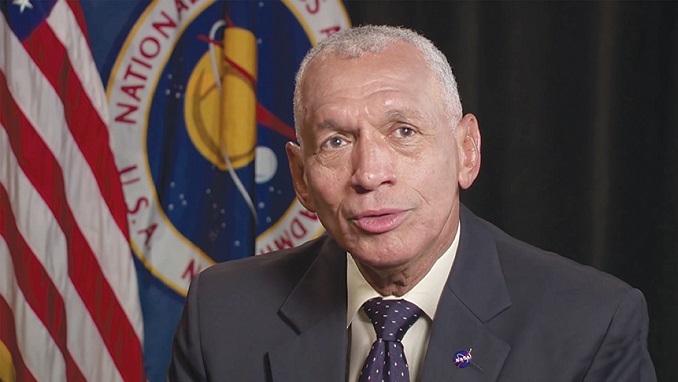 The United States perceived the news of Yuri Gagarin’s spaceflight on April 12, 1961 with alarm as Moscow outpaced Washington in the space race but there were no doubts about a true historic event, former NASA Administrator (2009-2017) Charles Bolden told TASS on Monday.

The NASA ex-chief said he was still in high school when Gagarin performed his historic spaceflight but he remembered the event very well.

“Oh, there was no question in my mind that something very significant had happened. You know, I was at the time, I was still in high school, so I didn’t have, I guess, the global view of things that … I have now, so I knew it was really significant,” Bolden said.

“As a typical American, it scared me a little bit, because once again we had been beaten, you know, by the nation at the time that was our arch enemy in the Cold War,” he confessed.

“So, while very happy and excited, I was also a little bit afraid or intimidated by the fact that the Soviets had done something that we have been trying to do and were unable to do,” the former NASA chief said.

Bolden who had numerously visited Russia said he had always been amazed by the respect the Soviet Union treated space explorers with.

“Interestingly, in my trips to Moscow since getting into the space program, I would come back home and I tell people all the time: ‘You know, if the world ended today, if a volcano, a massive volcano erupted or we were hit by an asteroid burying everything on the surface of Earth, and several million years from now people come back and excavate all these cities, they’ll look at Moscow and they’ll look at Washington D.C. And the conclusion that everybody will come to was this place that used to be Moscow and the Soviet Union was incredibly advanced and very technically oriented because there, you know, you see so many statues of rockets and spacecraft and stuff all over Moscow,’” he went on to say.

“And you living in Washington D.C., you know, everywhere you go, you turn and there is a man on a horse. You know, we have, to my knowledge, we have one big monument or memorial in D.C. that even looks like it has a relation to space, and that’s the Air Force Memorial, you know. Other than that, it’s all men on horseback, and you’ll think that the country, whatever it was the United States, they never got out of, you know, the age of horseback,” the NASA ex-chief joked.

“So interesting what we celebrate here in the US. We just never have come around to celebrating spaceflight, particularly human spaceflight, the same way that the Soviets did,” he added.

Euphoria that did not last long

People fell in love with space when the Americans went to the Moon and when Neil Armstrong and Buzz Aldrin landed on the Earth’s natural satellite. The world was united then in this incredible euphoria about having landed somewhere other than the Earth, the former NASA chief said.

“And for that brief moment, you’d be hard pressed to find somebody in the US who didn’t, who didn’t really support and admire astronauts and human spaceflight,” he recalled.

“It didn’t last very long because we turned back to fighting in the streets about Vietnam and civil rights and everything else. So, the vast majority of Americans kind of forgot about the space program and went back to doing what we were doing before we landed on the Moon,” Bolden said.

“You know I would contend it’s not much unlike today, to be quite honest. We are constantly battling civil rights issues and human rights and, you know, wars all over the world. So, it’s not much unlike the way it was in the days of Alan Shepard [the second human to travel into space] and everybody,” NASA’s first African-American administrator said.

“I never had this desire to become an astronaut”

Bolden said he had never had the desire to become an astronaut due to the specifics of the American society at that time.

“Because of the way things were growing up in segregated South Carolina, it never occurred to me that I could be an astronaut,” he explained.

“I knew what astronauts were… And growing up in Columbia, South Carolina, I’d gone to the movies on Saturdays and, and we had two features: one was a Western, you know, cowboy movie and the other one was a science fiction movie and my hero was always Buck Rogers [the hero of numerous US science fiction films] who walked out to his spaceship, got in it, took off, like somebody in an airplane flew to Mars and came back all in the same day. So, I never had this desire to become an astronaut,” the NASA ex-chief said.

In his youth, Bolden was not inspired by the example of Yuri Gagarin, Alan Shepard, or even Neil Armstrong and Buzz Aldrin to become an astronaut, although he was “really impressed” by what they had done, he confessed.

As Bolden said, he became an astronaut by chance. He first enrolled at the US Naval Academy and subsequently became a military pilot. It was another African-American astronaut, Ronald McNair, who convinced him to make the next step, he recalled.

“He asked me if I was going to apply for the space program and I told him: ‘Not on your life’. And he looked at me real strange and said why not. I said: ‘Ron, they’d never pick me.’ And he said: ‘You know, that is the dumbest thing I ever heard. How do you know if you don’t ask?’ And what he did, was that he embarrassed me. I pulled out pen and paper and I put in my application for the space program,” Bolden recalled.

Bolden made four orbital flights under the Space Shuttle program. In particular, he participated in the first Russian-US mission aboard a space shuttle together with cosmonaut Sergei Krikalyov.

The former NASA head believes that US children will start dreaming about becoming astronauts again someday.

Bolden said he already saw the signs of this emerging interest.

The former NASA chief believes that interest in space exploration may emerge again after a new landing on the Moon and an expedition to Mars.

“I think when we return humans to the surface of the Moon, hopefully, before this decade is over, there will be more excitement generated and people will, I think, people will become once again interested in human spaceflight,” he said.

On April 12, the world celebrates Cosmonautics Day. This year, 2021, marks 60 years since Soviet cosmonaut Yuri Gagarin’s historic spaceflight. Gagarin who was the first man in space circled the Earth once in his Vostok 1 spacecraft and returned safely, landing in the southeastern part of European Russia.

Russia Ready to Build Sakhalin Bridge Regardless of Feasibility