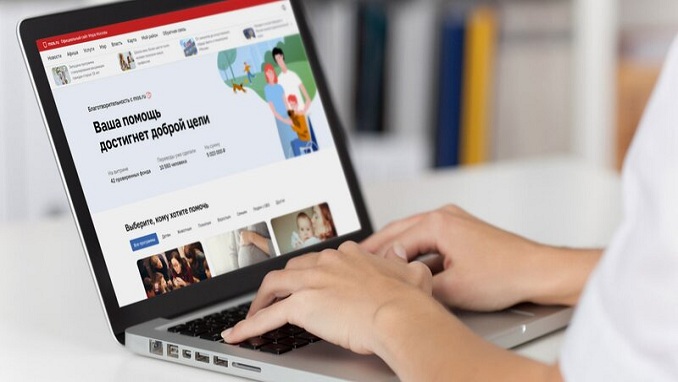 The Mos.ru charity fund helped to raise over 5 million rubles for donations, as more than 18,000 payments were made through the service, the Department of Information Technologies of Moscow (DIT) said in a statement.

The service, launched in 2020, aims to  allocate funding to help children and adolescents, the elderly, people with disabilities, families who find themselves in difficult life situations, as well as homeless animals, DIT noted.

The service has helped many people since – for example, an 11-year-old girl with a rare genetic disease tyrosinemia (occurs due to a metabolic defect and leads to severe liver and kidney pathology) was able to received much needed help. Seven years ago, she underwent a liver transplant.

The necessary amount was transferred to the “Life as a Miracle” fund, and it was able to pay for the course of medicines. Now the girl can live a normal life, communicate with her age-mates.

With the help of the charity service, Muscovites were also able to help a 14-year-old girl, diagnosed with eight serious diagnoses. Through the mos.ru portal, the necessary amount  was collected within a few weeks.

According to the DIT, the service also helped to raise funds for a girl diagnosed with infantile cerebral paralysis. Due to the funds raised, she was able to undergo a course of rehabilitation in a specialized institution.

As a result of the therapy, the muscle tone returned to normal, the condition of the articular-ligamentous apparatus improved. The girl began to take steps and overcome obstacles. With the help of the instructor, she even managed to climb the stairs.

In addition to helping ill children, the service helped a mother of three to repair her private home, which was cracked and moldy from dampness. The woman is a ward of the “Women for Life” charity fund, and thanks to the funds raised the walls of her room were insulated, DIT noted.

Prices of Imported Pears in Russia on the Rise

Deliveries of Russia’s Sputnik V to Turkey May Start Within 4-5...