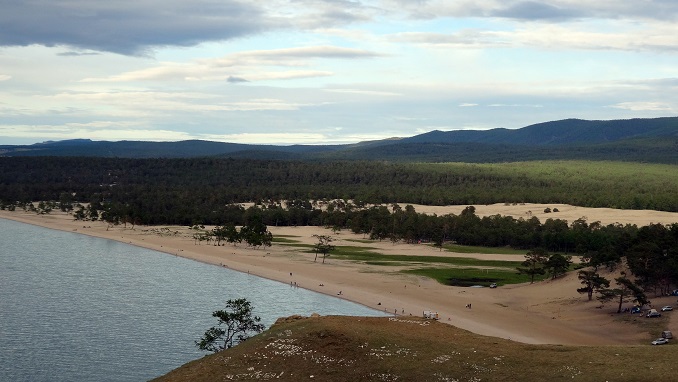 The largest in the Northern hemisphere Baikal neutrino telescope which Russian scientists plan to use in order to better understand the processes of emergence and evolution of the universe will be completed at Lake Baikal in March 2021, Director of the Joint Institute for Nuclear Research (JINR) Grigory Trubnikov said in an interview with TASS.

“Not far from Irkutsk, on Lake Baikal, at the 106th kilometer of the Circum-Baikal railway, we are building a giant neutrino telescope of a cubic-kilometer size which this year we want to expand to the largest volume in the Northern hemisphere. Practically, our country will soon have yet another megascience research installation which will become an important contribution of the JINR to Russia’s program of scientific megaprojects. The large-scale Baikal neutrino telescope should begin operations as early as March and this will be one of the milestones of the Year of Science and Technologies – 2021 program,” he said.

There are several neutrino telescopes worldwide, including Antarctica. The goal of such a telescope is to study signals from the high-energy neutrino particles coming to Earth from the depths of emerging or dying galaxies and various exotic stellar objects. Scientists think that the neutrinos carry invaluable information about objects that produce them, shedding light on mysteries of emergence and evolution of our universe.

“The Baikal telescope will study streams of neutrinos ‘piercing’ the Earth from the South Pole and exiting in the Northern hemisphere near Baikal. The two largest neutrino telescopes – the Antarctic and the Baikal ones, – will therefore create a complete dimensional picture of the streams of the ultra-high energy particles piercing the planet. Additionally, these neutrinos from space as well as the neutrinos born in the depths of our Earth are also a sort of a tomographic scanner of our planet. Also, this telescope is an element of an ecological program of Lake Baikal itself,” the scientist said.

The JINR is located in Dubna, Russia and is one of the largest and distinguished international research centers.

Russian Exec Detained in Italy for Corporate Espionage to Appear in...