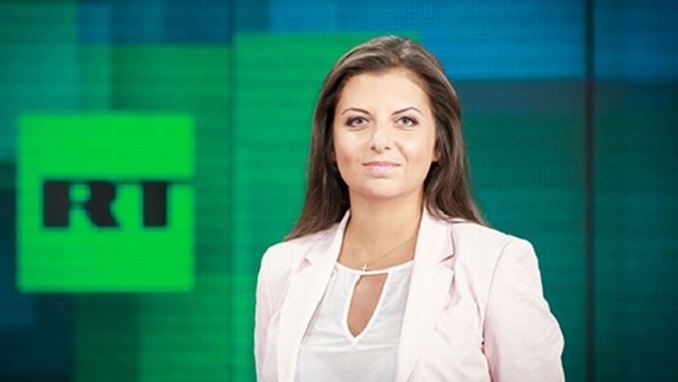 Margarita Simonyan, the head of Russian television channel RT, which is alleged to have taken part in the campaign to influence last year’s U.S. presidential election, says that having to register as a foreign agent in the United States is already hurting the Kremlin-funded outlet.

“RT has been shut out of news events and suffered damage to its reputation since the U.S. Justice Department gave the order and the station’s U.S. affiliate complied”, said Simonyan, the combative and passionate editor-in-chief of the 13-year-old operation once called Russia Today.

In an interview with The Associated Press at RT’s central Moscow headquarters, she voiced her indignation at the early November edict.

Known as a pugnacious defender of Russia and its president, Vladimir Putin, Simonyan decried what she described as America’s retreat from its core value of freedom of the press.

“In the U.S., the country that has always been lecturing the world about the value of freedoms — of freedom of speech, of everyone’s right to speak up — the U.S. has now become a beacon, a leader, in this movement to shut everyone up,” she declared. “That’s so disappointing.”

Her argument hinges on whether RT should be treated as a legitimate news and information network, as she insists, or as a clever propaganda arm of the Russian state, as many critics in Europe and the United States contend.

RT sees itself as an underdog broadcaster carrying Russian views and perspectives onto the international media scene, contending it is similar to the government-funded Voice of America or Radio Liberty/Radio Free Europe in the U.S. or to Britain’s government-supported BBC.

Similar accusations were leveled in a recent Democratic Party report on Russian interference and by the Atlantic Council think tank, among others. Governments in Britain, Germany and France also have complained about RT and its intentions, especially its reporting around European elections.

The U.S. government argues that the foreign agent designation was meant only to make clear to RT’s audience that it is a Russian station advancing Russia’s interests — and says the broadcaster is not being blocked or censored in America.