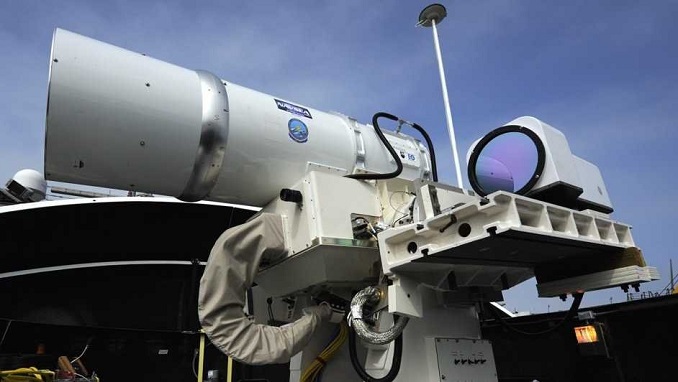 Researchers at the Scientific and Industrial Corporation “Precision Instrument Systems” (NPK SPP), a group within the Russian space agency Roscosmos, announced the creation of a laser cannon that will shoot down space debris that is currently orbiting the Earth, Vesti.ru reported.

“The scientists intend to use the massive soon-to-be-built telescope at the Altay Optical-Laser Center and convert it into a laser cannon,” a source from Roscosmos told reporters.  “The device is expected to be powered by a solid-state generator, though the project team has yet to choose which model to use.”

The media claimed that a report was sent to the Russian Academy of Sciences about the laser cannon. However, according to ResearchGate’s system on June 12, it doesn’t appear to have been published yet.

According to the reports, the laser will begin in production as a telescope to scout space for junk, which will then be turned into the laser to remove the junk if the project is approved. The cannon will follow a process known as “laser ablation” to shoot down space debris. Energy from the cannon will heat space junk with a beam, which will then vaporize it.

According to analysts, space debris will continue to be a problem as more countries travel into space. There are currently over 500,000 pieces of debris surrounding the Earth, with roughly 20,000 pieces bigger than a softball. The amount of debris continues to get worse and unless action is taken, the growing problem could inhibit travel to and from space.

Russia isn’t the first country to propose using a laser to clean up the debris. In January 2018, China revealed that it will embark on the same experiment in the future. In 2016, the Canadian Space Agency revealed that it will invest in a system to scan the International Space Station for damage from debris.

Russia to Announce Major Domestic Spending Spree Ahead of Elections