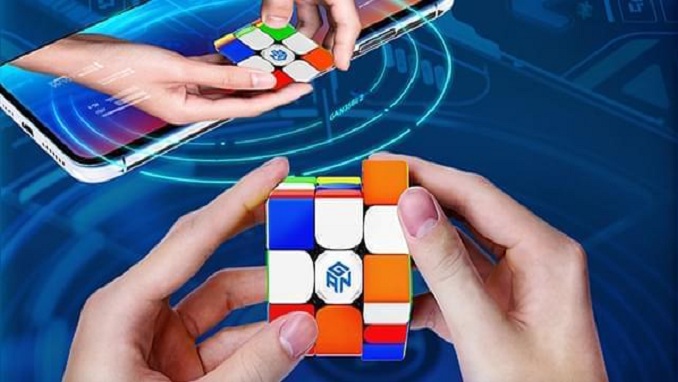 In the spring of 1974, a young Hungarian architect named Erno Rubik became obsessed with finding a way to model three-dimensional movement to his students. After spending months tinkering with blocks of cubes — made from wood and paper, held by rubber bands, glue, and paper clips — he finally created something he called the “Buvos kocka,” or Magic Cube.

The invention, eventually renamed the Rubik’s Cube, would become the most popular puzzle toy in the world, with more than 350 million sold as of 2018. The cube also inspired numerous artworks and films, and spawned a competitive sport called speedcubing that fills arenas with teenagers racing to complete the puzzle in the shortest amount of time.

Nowadays, these cubes are also becoming increasingly popular in Russia as well, with many Russians buying various magic cubes, from different companies. One of the companies that has seen growing popularity is GANCube – an exclusive speed cube design and manufacturing company named after the designer and owner Ganyuan Jiang.

The GAN Brand is famous for constant innovation and the GAN356 edition speed cubes are considered the premium 3×3 speedcubes available on the market today. The GAN brand gained a huge following after famous speedcuber Feliks Zemdegs changed his “main” speedcube to the GAN357 model in 2015 and later became the brand’s key ambassador.  Multiple world records have since been broken with GAN Cube 3×3 Speed cubes.

The company’s latest product is called GAN460M, it has a higher perpendicularity, and the new 4×4 IPG is build by merging iron and plastic and based on the 3×3 IPG design. The GMC (GAN magnet capsule) technology includes innovated putting magnets into capsules, and capsules are locked into slots, tightly and precisely, and promises to be a real hit among those that are using speedcubes.

Upcoming speedcube competitions during May in Russia include two events in the cities of Tyumen, Barnaul, Vladivostok and Murmansk, among others.