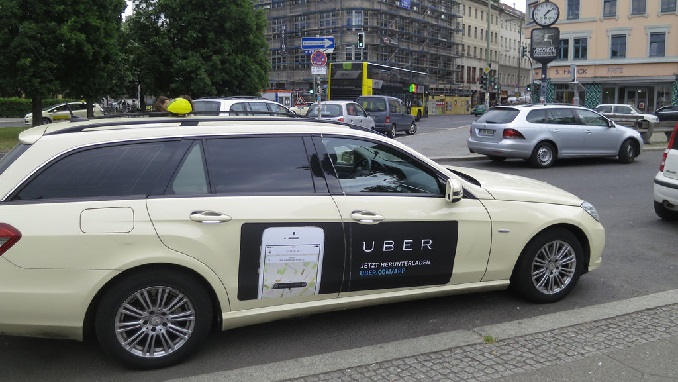 A Boston-based competitor to ride-hailing giants like Uber and Lyft is returning to its Russian roots and shutting down U.S. operations.

Fasten, Inc., a startup company founded by a trio of Russian natives, Kirill Evdakov, Vladimir Christoff, and Roman Levitskiy announced in a blog post that the company has been acquired by Vezet Group, described in the post as one of the top 10 ride-hailing companies in the world. Vezet Group, a company formed last year through the merger of two of Russia’s top ride-hailing companies. The app will shut down as of 12 a.m. on Monday, March 5, the announcement said.

Vezet will continue to use the Fasten brand in some Russian cities, but the company’s U.S. operations, which included Boston and Austin, Texas, will shut down as of Monday, the company said, according to KXAN. That means all of Fasten’s U.S. employees will be laid off.

Fasten had about 30 Boston-based employees as of December, shortly after it moved into a new office at Boston’s Two Financial Center.

Fasten was founded in 2014 and launched in the U.S. in 2015. The company raised a $5 million seed round in 2015 and a $10 million Series A round in 2016. Major backers include Almaz Capital and UFG Private Equity, a firm focused on investments in Russia and surrounding countries. UFG is also Vezet’s largest shareholder, the Financial Times reported.

Fasten said in December that it was operating profitably, a rarity among early-stage tech companies, and especially in the ride-hailing world. The company’s app had 1.1 million lifetime downloads and 50,000 monthly active users, according to Boston-based Apptopia.