Russian state-run bank VTB is testing facial-payment technology at supermarkets and could deploy it on a wider basis by the middle of the year, Dairy News reported.

Russia’s second-largest lender is testing the technology in the Lenta supermarket chain, the head of the bank’s digital division told Izvestia.

VTB was the first to provide such an opportunity with the help of the Unified Biometric System (EBS) in Lenta supermarkets, the daily newspaper writes.

Promsvyazbank, another Russian lender, is holding talks to launch the technology in other supermarket chains next year, the paper said, citing a top manager at the bank.

Promsvyazbank is also negotiating with several retail chains about the introduction of face-to-face payments: pilot projects are planned to be launched at the beginning of 2021, according to Olga Aleksyuk, head of the Center for Competence of Innovative Technologies in Digital Business at the credit organization.

Rogozin: Elon Musk’s Plan to Bomb Mars Is a Cover to Send Nukes into Space 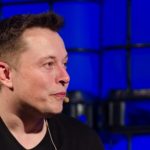 Tech billionaire Elon Musk’s plan to bomb Mars to make it suitable for human life is a front to deploy nuclear weapons in space,... 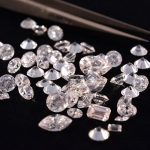 Russian diamond producer Alrosa expects its sales for May to total tens of million dollars, down sharply from May 2019 but up from April...

The Kremlin believes that data claiming a 'high' COVID-19 death rate among medics in Russia is inaccurate and it will ask the Ministry of...