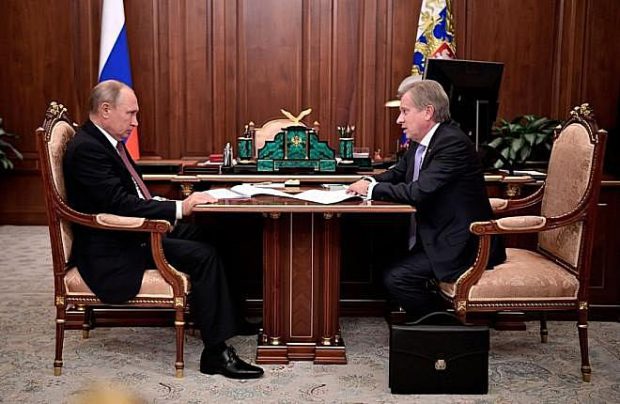 Vitaly Saveliev, head of Aeroflot Group, has announced Russia’s dominant airline conglomerate’s plans for the development of additional air travel services at several key regional hubs – as part of a five-year strategy which he presented at a recent meeting with Russian president Vladimir Putin.

The move follows Putin’s call to have more than half of all Russian air traffic carried on direct flights – avoiding Moscow – by 2024. It was this fact that apparently inspired Aeroflot to order up to 100 locally produced Superjet 100 (SSJ100) regional jets, and announce plans for the launch of such domestic operations.

Russia’s national carrier is banking on increased transit traffic flows between Russia and Asia, in particular China. As its fleet of regional aircraft grows, the airline is planning a massive expansion to regional markets beyond the Urals and into Siberia.

“We want to move from Moscow. Of course, Sheremetyevo [airport] is our home, but nonetheless we see that at some point we’ll reach our limits there. At present, 85 per cent of our operations are from Sheremetyevo. But we are looking at four potential alternatives where we could also base our aircraft, not just fly to: they are Sochi, Yekaterinburg, Novosibirsk and Krasnoyarsk,” Saveliev reveals.

Aeroflot has already opened negotiations about its increased presence with all of these airports, but Krasnoyarsk’s Yemelyanovo and Yekaterinburg’s Koltsovo look to be the most promising candidates for international hub operations outside of Moscow. Their geographical locations favour the plans to generate additional transit traffic flows from south-east Asia to Europe. According to Saveliev’s data, this market sector is already nearly as much as 520 million travelers.

“We can really grow our transit flows from the current five million [passengers] to 10 or 15 million, which is vital for our stability, both financial and operational,” Saveliev emphasises. Notably, the immense potential of the expanding air travel market between Asia and Europe, with China its most dynamic growth region, is attracting an increasing number of Russian airlines. Two of them – S7 Airlines and Ural Airlines, based at Novosibirsk and Yekaterinburg respectively – are already developing this potential. Industry experts point out that Yekaterinburg is the better option for a remote hub, both in terms of its infrastructure and location, and because it is within the range of narrow-body flight operations from Europe.

The banks’ ambitious project regarding the new airline – which may start operations as early as next year – suggests that its annual traffic could eventually reach 10 million passengers. Today, only the two largest Russian airline groups boast traffic in excess of 10 million passengers: Aeroflot Group, which is made up of four carriers, currently serves a collective total of 50.1 million passengers, whilst its closest rival, S7 Group, carried 14.3 million passengers in 2017.

Iran to Work on Visa-Free Regime With Russia