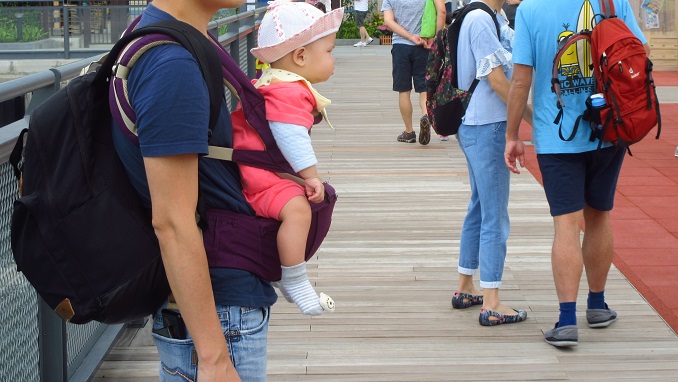 Russian agencies have for years been wooing wealthy mothers-to-be from Russia to give birth in Florida because any person born on American soil automatically gets U.S. citizenship, which offers an appealing prospect for new Russian parents, Deutsche Welle writes in an article describing the phenomena.

Promotional videos circulating on the internet claim that each day, up to eight pregnant Russians board U.S.-bound planes to give birth abroad. There are more than 10 such birth agencies on the market today, the report says.

Anton Yatchmenev works for one such agency. The company, aptly named Miami Care, has 10 employees: a lawyer, a doctor, interpreters and a range of Miami-based consultants. Yatchmenev is located in Moscow, counseling married couples who want to use the agency’s special services.

“We offer a whole host of services; everything is specifically tailored to our customers’ desires and their financial means,” Yatchmenev explains. He refers to his line of work as a form of “global tourism” that is also a highly lucrative business – especially since 2016, when Russia overcame its financial crisis and an increasing number of consumers had the means to buy such services.

No official figures exist as to how many children are actually born in the U.S. to Russian mothers. The Center for Migration Studies of New York (CMS) estimates that each year, 36,000 foreign mothers give birth to children on U.S. soil. It is likely that the numbers are rising given the ongoing baby boom, as Yatchmenev highlights.

Miami Care sends up to 200 Russian mothers-to-be to Florida each year. Customers can expect an elaborate package deal that leaves nothing to be desired: all logistical matters are taken care of, accommodation is provided, and medical and legal counseling, as well as Russian-language assistance, is ensured. A one-stop shop to attain U.S. citizenship for your offspring, so to speak. Yatchmenev admits his company’s services don’t come cheap.

“I mean, how many Russians can afford to spend $30,000 in three months,” he says, adding that of those who can, more than half hail from Moscow, while the others mainly come from northern Russia where much money is made in the oil business.