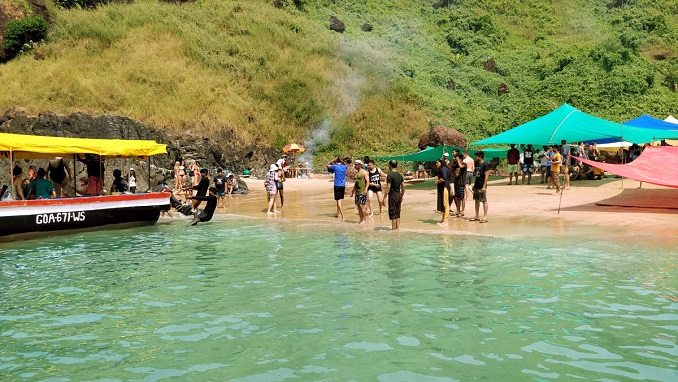 The arrival of the first charter flight from Russia on Friday will mark the beginning of the tourism season in India’s Goa, IANS reports.

The season begins as anxiety set in among the travel and tourism industry in Goa after the collapse of leading UK travel tourism firm, Thomas Cook.

Goa has been a traditional winter vacation for Europeans, especially from Russia and UK, who arrive in the coastal state to beat the freezing cold winters in their countries.

“The first charter flight from Russia to Goa will arrive here on October 4,” said a spokesperson for the Travel and Tourism Association of Goa, the state’s oldest travel and tourism stakeholder body.

The chartered flight is being facilitated by Russia-based charter airline ‘Royal Flight’ in association with Gurugram-based Caper Travel.

Russians top the list of international tourists to the coastal state, which is known for beach and nightlife tourism. In 2018 over 300,000 Russians visited Goa, followed by 130,000 tourists from the United Kingdom.

Goa’s conventional tourism season begins in October and winds up in late March. Last year, the state saw the arrival of nearly eight million tourists out of which half a million were foreigners.

According to the president of the Travel and Tourism Association of Goa, Savio Messias, several hotels in the island state were likely to face hardships, since they were entirely dependent on Thomas Cook for filling up their accommodation.

“Many hotels were depending entirely on Thomas Cook and they had built up a very good rapport. Repeat clients were coming back to the same hotels. It was a very good business which we are going to miss,” Messias said.