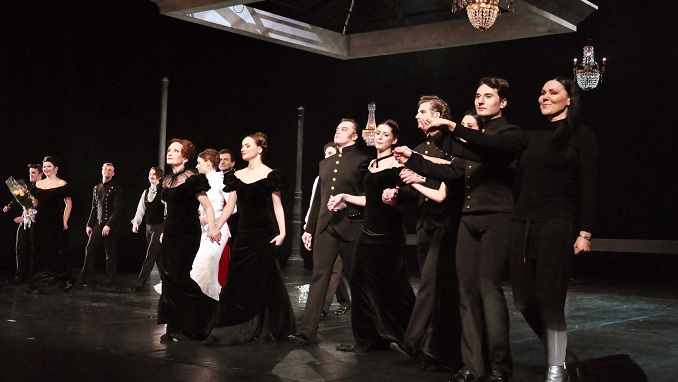 A live-performance movie of the hit musical Anna Karenina by the Moscow Operetta Theater, based on the famous novel by Leo Tolstoy, will hit cinemas in the United States and the United Kingdom this March, TASS news agency reports.

“In March 2019, thanks to cooperation with foreign companies Vault International Productions (VIPRO) and Stage Russia HD, Anna Karenina will be shown at cinemas in such cities as San Francisco, Boston, Chicago, New York, Beverly Hills, Philadelphia, Seattle, London and others,” the theater said.

It describes the show as “Spectacular, breathtaking, emotional, and high-tech show based on a masterpiece by Leo Tolstoy.”

According to Stage Russia HD Director Eddie Aronoff, the musical production based on the famous novel will be interesting for both Russians living abroad as well as the Western audience.

“This is an amazing story told in a simple language and it is magnificently filmed and beautifully presented. The film’s creators scored a hit and we are glad to become part of this success story,” he said, according to the press release. Ekaterina Guseva, Sergey Lee, Natalia Bystrova, Alexander Marakulin, Denis Demkiv, Maxim Zausalin, Andrey Alexandrin, Lika Rulla and others will be among the cast members.

The Anna Karenina musical premiered at the Moscow Operetta Theater in 2016. The next year South Korea’s Seoul Arts Center bought a license for the production. The film version of the popular musical was created last year and it has appeared on big screens in Russia and South Korea.