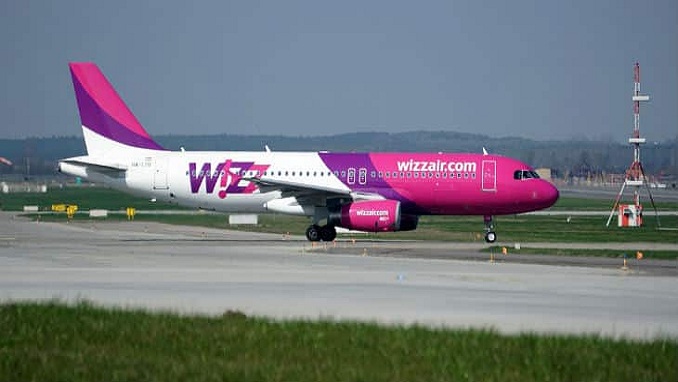 Hungarian low-cost carrier Wizz Air has finalized its plans for launching its first operational base in Russia. As soon as this coming September the airline will start operating one of its Airbus A320s from St. Petersburg on 11 European routes, five of which were premiered yesterday along with the announcement of the strategic development plans by the airline’s general director Joseph Varadi, Russian Aviation Insider reported.

St. Petersburg’s Pulkovo airport (IATA: LED) will become the airline’s 32nd base globally – the development, which has been negotiated since 2017, when Wizz Air launched its first flight from Budapest to the city sometimes referred to as Russia’s northern capital. In 2019 with the start of the new service between Pulkovo and London Luton, the airline made clear it was viewing the nation’s fourth largest airport as its focal point of strategic development in the country. This was followed in January 2020 by announcement of four new routes from St. Petersburg under the freshly introduced seventh freedom of air regime at Pulkovo.

According to these plans, Wizz was to start serving Bratislava and Vilnius starting June and Bucharest and Sophia starting July. Although the existing travel restrictions due to the novel coronavirus pandemic have currently impeded this development, it will be resumed as soon as the bans are lifted, Varadi assured.

In addition to these, the airline has opened sales for five more destinations – Salzburg and Copenhagen (four flights weekly each), Oslo, Stockholm and Malta (three weekly). The airline supplements its price offering starting from as little as 25 euro with a generous offer of full reimbursement, a fine-free rebooking or even 120 per cent credit should the restrictions continue beyond current projections. “This is how we help our customers navigate through times of uncertainty,” Varadi commented.

Although Wizz Air’s executive does not envision a quick recovery of Europe’s air travel market from the ongoing crisis, he is confident that the demand for connection with Russia is in place. According to his estimates, Wizz can expect to generate up to 300,000 additional passengers per year as the base operations at Pulkovo unravel. Considering that in 2019 the airline’s traffic on its two routes from Pulkovo grew 60 per cent year-on-year exceeding 111,100 passengers, the budget carrier may bring up to half a million passengers to Pullkovo, Leonid Sergeev, general director of the airport’s managing company North Capital Gateway (NCG) estimates.

“We salute strengthening of Wizz Air’s position on St. Petersburg’s market. Today Pulkovo offers unprecedented conditions for low-cost carriers’ business development. This include, above all, the seventh freedom of air, deregulation of fares and e-visas for visiting St. Petersburg available to travelers from 53 countries. Operational base at Pulkovo will create new opportunities for Wizz Air’s route network expansion,” Sergeev emphasized.

Wizz’s Varadi pointed out that there are up to 20 potential destinations from St. Petersburg on the airline’s agenda – they are all subject to the seventh freedom of air approvals with national aviation authorities of their respective countries. “The negotiations are still underway,” Varadi concluded. Wizz Air also continues with its development in Ukraine, where it plans to launch a new base at Lviv airport.

U.S. Considers Sanctions on Rosneft amid Fears of Market Chaos