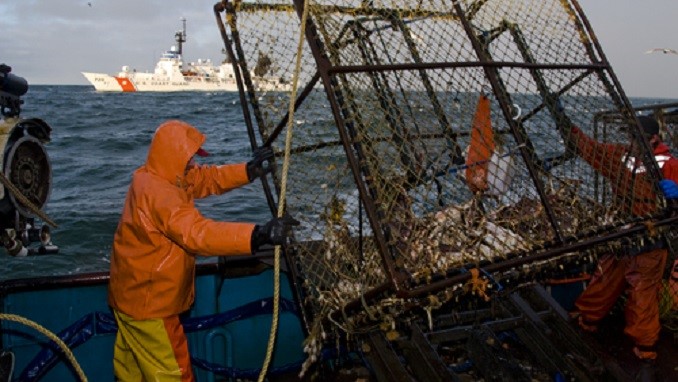 Controversial state-run auctions for crab quotas in Russia have given birth to a powerful new player in the market, Seafood Source writes.

Russian media have already dubbed Gleb Frank “The Crab King” after his company, Russian Fishery Company (RFC), won more than one-third of the quotas up for auction in October. The auctions, which collectively handed out 15-year fishing rights to around 50 percent of Russia’s total allowable catch for crab, or around 46,000 metric tons (MT).

According to the Russian Federal Agency for Fisheries, 41 lots were offered, with 31 one of them covering fishing in the Russian Far East – primarily in the Sea of Okhotsk – and the remaining 10 for the Northern Fishery Basin, the Barents Sea. Of the total, 36 lots were sold, with the other five – all for deep-sea fishing – were considered too risky regarding their commercial attractiveness. Out of 23 bidders in the auction, 18 won some share of the quotas on offer.

The cumulative starting price was 120.9 billion rubles ($1.89 billion), with the outcome netting 142.4 billion rubles ($2.22 billion) in total for the Russian government. That’s lower than the $2.5 billion the government was discussing back in 2017 when weighing in the prospect of the auctions.

Frank appears to have benefitted the most from the auctions. Three of the companies winning bids – Pacific Crab, Kamchatka Crab, and Atlantic Crab – are reportedly owned by Russian Crab Group, which itself is owned by RFC and Gleb Frank. These companies won 10 lots overall, paying 38.3 billion rubles ($599.2 million), and making Frank one of the biggest crab quota owners in the industry. With quotas for catching 10,000 to 12,000 MT of crab, Frank now owns around 15 percent of Russia’s entire market, according to Alexander Savelyev, head of the Russian Fishery News Agency.

Frank may have benefitted from a behind-the-scenes move that originally gave Russian President Vladimir Putin the idea to move 50 percent of Russia’s crab fishery quota into auctions. In late 2017, Putin received an anonymous letter urging the government to make the move to auctions and away from a quota distribution system based on historical catch, which had a mandate that was set to expire in 2019.

The old system generated very little revenue for the federal government. In fact, Putin saw evidence of this in May 2017, when a crab firm that had run afoul of fishing regulations had its quota auctioned off by the government. The sum paid for the quota exceeded by several times the amount paid in taxes by the entire crab sector in 2016. One of the winners of the May 2017 auction was RFC, which purchased 2,600 metric tons (MT) of crab quota for 10 billion rubles ($156.5 million).

After the anonymous letter became public, numerous media outlets in Russia, citing industry sources, attributed the letter to Frank. While RFC directly denied to SeafoodSource that Frank was the author of the letter, the quick acceptance of its premise by Putin triggered an intense debate that ended when Putin formalized the move to auctions earlier this year.