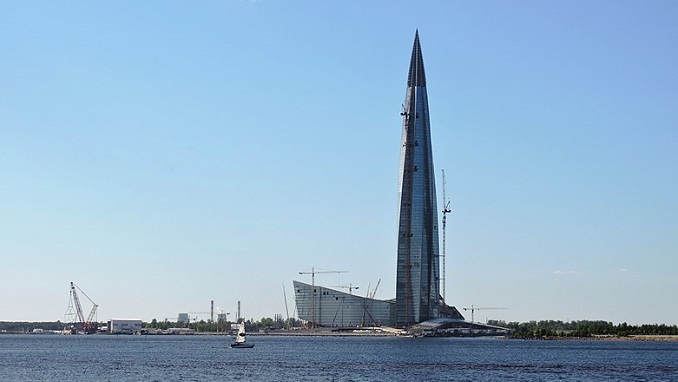 Construction of the 462-meter Lakhta Center skyscraper in St. Petersburg officially came to a close last week when city authorities announced that they had included the building into Russia’s property register, six years after the start of construction, Sankt Petersburg TV reported.

Located in the northern part of Russia’s second-largest city, the 87-story building is expected to become the headquarters of the country’s gas giant Gazprom, along with its oil subsidiary, Gazprom Neft. According to Forbes, Gazprom Neft is also listed as the owner of the building — the tallest in Russia and in Europe.

Russia’s Federal Service of State Registration included the skyscraper in its databases on Monday after officials completed the necessary inventory inspections, Interfax reported.

The Lakhta Center Facebook page published a time-lapse video of the six-year construction process on Sunday.

The building is expected to hold its official opening ceremony in the second half of 2019, after inside work on the 87 floors is completed. It will house offices, a science and education center, exhibition space, a sports center, medical center, children’s science theme park and a viewing platform, as well as a number of cafes, stores and entertainment venues, including movie theaters and skating rinks.

The Russian media estimated the total cost of the building as 100 billion rubles ($1.52 billion).

When St. Petersburg authorities approved the construction of the Lakhta Center in 2012, local politicians and city heritage activists appealed to then-Governor Georgy Poltavchenko to reduce the height of the planned skyscraper, fearing that it would ruin views and endanger the city’s status as a UNESCO World Heritage Site.

watch anime dub. Aniwatch Anime is another website offering audience to watch anime for free and viewers so far are quite impressed with the user-friendly interface