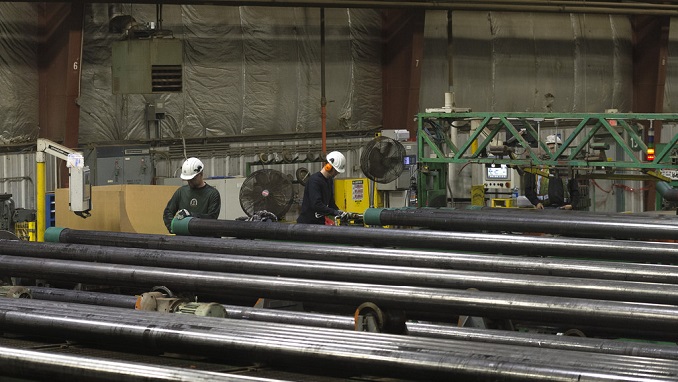 One of Russia’s biggest steel producers, Severstal, is teaming up with Italian steel pipe maker Tenaris SA to make steel pipes in the heart of Russia’s oil and gas sector in Siberia, the two companies said on Tuesday, according to Vedomosti.

The companies are creating a joint venture which will build a welded pipe plant to produce OCTG products in the Surgut area of West Siberia. The plant, which is estimated to require an investment of $240 million and a two year construction period, will have an annual production capacity of 300,000 tons.

If the project passes regulatory approvals and other customary conditions, Severstal will have a 51 percent interest in the joint venture with Tenaris owning the remaining 49 percent.

The companies aim to serve the growing market for welded OCTG pipe products in Russia and neighbouring countries, they said in a statement. OCTG stands for Oil Country Tubular Goods, which are tubes used in oil and gas production.

“The production will be located in close proximity to the main oil and gas companies which will ensure cost efficiency both for us and our customers’ operations,” Alexey Mordashov, Severstal’s co-owner and board chairman, said in the statement.

Paolo Rocca, Tenaris’ chief executive, said both companies “believe that we can support the Russian and CIS (Commonwealth of Independent States) oil and gas industry with a world-class and very competitive alternative for high quality OCTG products and services.”