The two submarines are in service with Russia’s Pacific Fleet, the Zvezda press office reported on Tuesday.

“Planned works are underway on the Irkutsk to detect and repair faults in the ship’s fittings, general ship assemblies and rudder gear. The Magadan has been examined and works on it will begin in the immediate future,” the statement says.

A technical project is ready for upgrading the Irkutsk’s hull. It has been drawn up by engineers of the Rubin Central Design Bureau for Marine Engineering (part of the United Shipbuilding Corporation), the press office said.

“The nuclear-powered submarine Irkutsk is due to be delivered [to the Navy] in 2022,” the statement says.

The Irkutsk sub has been waiting for its repairs and upgrade at the Zvezda Shipyard since 2013 and the Magadan underwater cruiser since 2014.

Russia continues to invest in nuclear-powered submarines – in May it launched what it bills as the longest nuclear submarine ever built at a ceremony in the Arctic port of Severodvinsk.

The Belgorod, as the submarine is called, is 184 meters long, and will be capable of carrying six warhead-tipped “Poseidon” drones – one of Russia’s newest weapons that have been dubbed “doomsday weapons” by the international press. 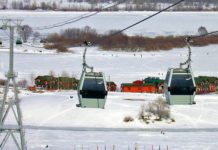 New tax benefits for investors in the Arctic will favor the implementation of nine major projects worth 15 trillion rubles ($235 billion), a government...

Russia’s telecommunications regulator Roskomnadzor has said it will mirror actions taken by its British counterpart Ofcom against the licence holder of the channel NTV-Mir Baltiya,... 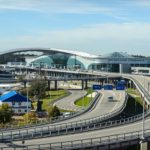 Rosimushchestvo, Russia’s federal agency with responsibility for the management of state-owned assets, has been approached by Sheremetyevo Holding Ltd with a view to it...

Aeroflot to Remain Only Buyer of Superjet 100 Aircraft This Year

Russian aircraft maker Sukhoi has no confirmed orders this year for its passenger jet, the Superjet 100, two sources told Reuters. The company’s model, conceived as... 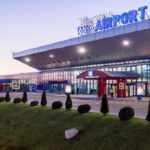 Russian billionaire Andrey Goncharenko said on Tuesday he had given up his shares in Avia Invest, the company that has run Chisinau International Airport under...

Over 70% of Russian Workers Affected By Job Burnout: Survey