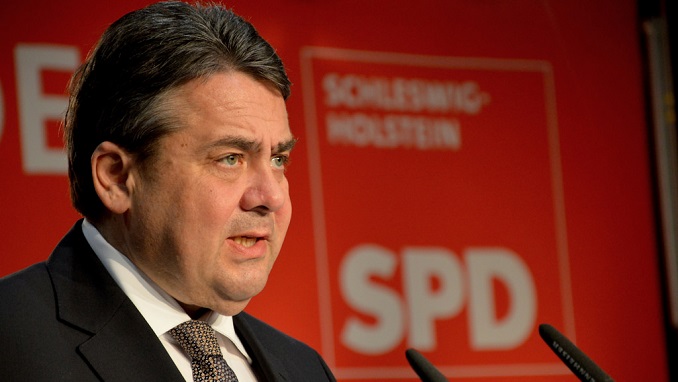 Former German foreign affairs minister Sigmar Gabriel has come under fire from tabloid Bild this week over his support for the Russian Nord Stream 2 pipeline. In a speech he made after leaving the post of Foreign Minister, Gabriel called for a “balanced German attitude” towards Russia.

Germany is likely to rely on imported natural gas for the next few decades as it phases out its nuclear and coal-fired power plants and brings in more electricity generated by renewable sources. Gas reserves elsewhere in Europe, such as the Netherlands, are declining.

Gazprom, the Russian energy giant, backed by five energy multinationals, has launched a project to lay a new pipeline to Germany, Nord Stream 2, under the Baltic Sea. The project would double the capacity for Russian gas piped to Europe by 2019. It would also replace most of the gas flowing to Europe along the Brotherhood pipeline via Ukraine and Slovakia, reducing their transit revenues. Poland and the Baltic countries, backed by the U.S., have fiercely opposed the pipeline.

Sigmar Gabriel, who left his post as minister last month, attracted scrutiny for his address at the 25th anniversary of the Russian-German Forum, an NGO which promotes bilateral relations between the countries.

“It is absolutely unacceptable for us that U.S. energy policy is pursued to end our decade-long economic relationship with Russia in energy partnership, so that Germany and Europe can buy more expensive American LNG.”

According to Bild, the former cabinet minister was “dancing to Moscow’s tune.” The newspaer lambasted Gabriel for both participating and his opinions on different topics concerning Russia’s foreign policy.

Nord Stream 2 has been a highly divisive issue. The European Parliament says it increases Europe’s dependence on a single route for gas imports, which is bad for energy security. American diplomats say it exposes Europe to manipulation of supply by Russia, as happened with Ukraine. According to analysts, another reason driving Washington to oppose Nord Stream 2 is the project’s potential to undermine America’s export strategy for shipping more LNG to Europe.

Moody’s: Russian GDP to Decline by 5.5% This Year