“The supplies of Belarusian oil products to the Russian Federation have been resumed. Sales are carried out by BNK in cooperation with a subsidiary in Smolensk,” he said, as quoted by the Belarusian portal tut.by. According to him, on October 1-5 alone, Belarus sold to Russia over 25,000 tonnes of diesel fuel produced by the Mozyr Oil Refinery and Naftan.

“All adjustments (premium to international prices – TASS) are higher than those for supplies to the Ukrainian market,” Kamornikov said.

According to him, by the end of the year, BNK sees the possibility of supplying about 50,000 tonnes of oil products to Russia every month. Kamornikov explained that the relatively small volume is explained by BNK’s long-term supply obligations to Ukraine, Poland and the Baltic countries.

“In general, this is a market process, if there is demand – we are ready to supply more to Russia,” he said.

Earlier it was reported that Russia introduced a temporary ban on fuel imports from June 2 to October 1 in order to support Russian oil refiners. In 2019, Belarus exported 10.5 million tonnes of oil products. 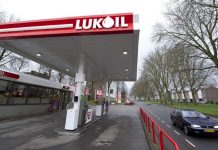