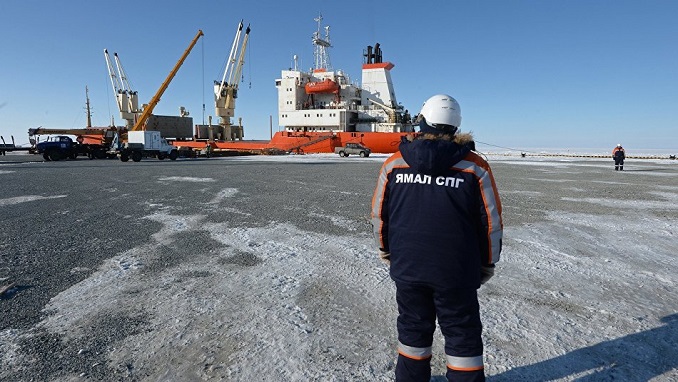 The diplomatic row between the UK and Russia now threatens to spill into energy issues, after UK Prime Minister Theresa May said that Britain was looking “to other countries” for its gas supplies, Platts reports.

The UK-Russian relations have quickly deteriorated over the past week after London said that a former double agent and his daughter were poisoned in England by a military-grade nerve agent of a type developed by Russia.

Although the British dependence on Russian gas supply is not as high as that of other European countries, the UK has gas supply contracts with Russia’s gas giant Gazprom and still relies on some Russian gas for its energy needs. The UK has also imported a liquefied natural gas (LNG) cargo from Russia’s newly started Yamal project and re-exported another LNG cargo originating from Yamal.

Gazprom, which holds a monopoly on Russia’s gas pipeline exports, supplied a total of 16.3 billion cubic meters of gas to Britain last year, slightly less than a year earlier, but still accounting for a fifth of the country’s total gas consumption.

The UK may find it difficult to cut off entirely gas supplies from Russia. Energy provider Centrica has a long-term supply agreement with Gazprom Marketing & Trading Limited, a UK-registered subsidiary of Gazprom. In LNG, cargoes that are uncommitted to a destination tend to go where prices and demand are highest, and the UK imported this winter’s cargoes from companies that had initially bought the LNG from Russia’s Yamal.

“Until we see gas switched off, I think nothing much is going to happen,” one UK trader told Platts on Wednesday, while another said that the prime minister’s comments were “very vague” and there was “nothing she could do in reality.”

On Thursday, Russian energy minister Alexander Novak said any move by Britain to cut its gas imports from Russia would be “politically motivated.”

“Every country has the right to choose its own energy policy… Any decision (by Britain to cut Russian gas imports would be) politically motivated and not aimed at developing competition on the European (gas) market,” Novak told reporters.

UK-Russia relations are now in a deep freeze after 23 Russian diplomats were expelled from the UK and after the UK took additional steps to suspend all planned high-level contacts with Russia. But freezing temperatures, like the ones from the beginning of this month, could leave the UK with little choice but to continue to import Russian gas, even though it is surely not as dependent on Gazprom supplies as most of Central and Eastern Europe is.

Russia Should Sell Its Oil While There Are Still Buyers, Business...